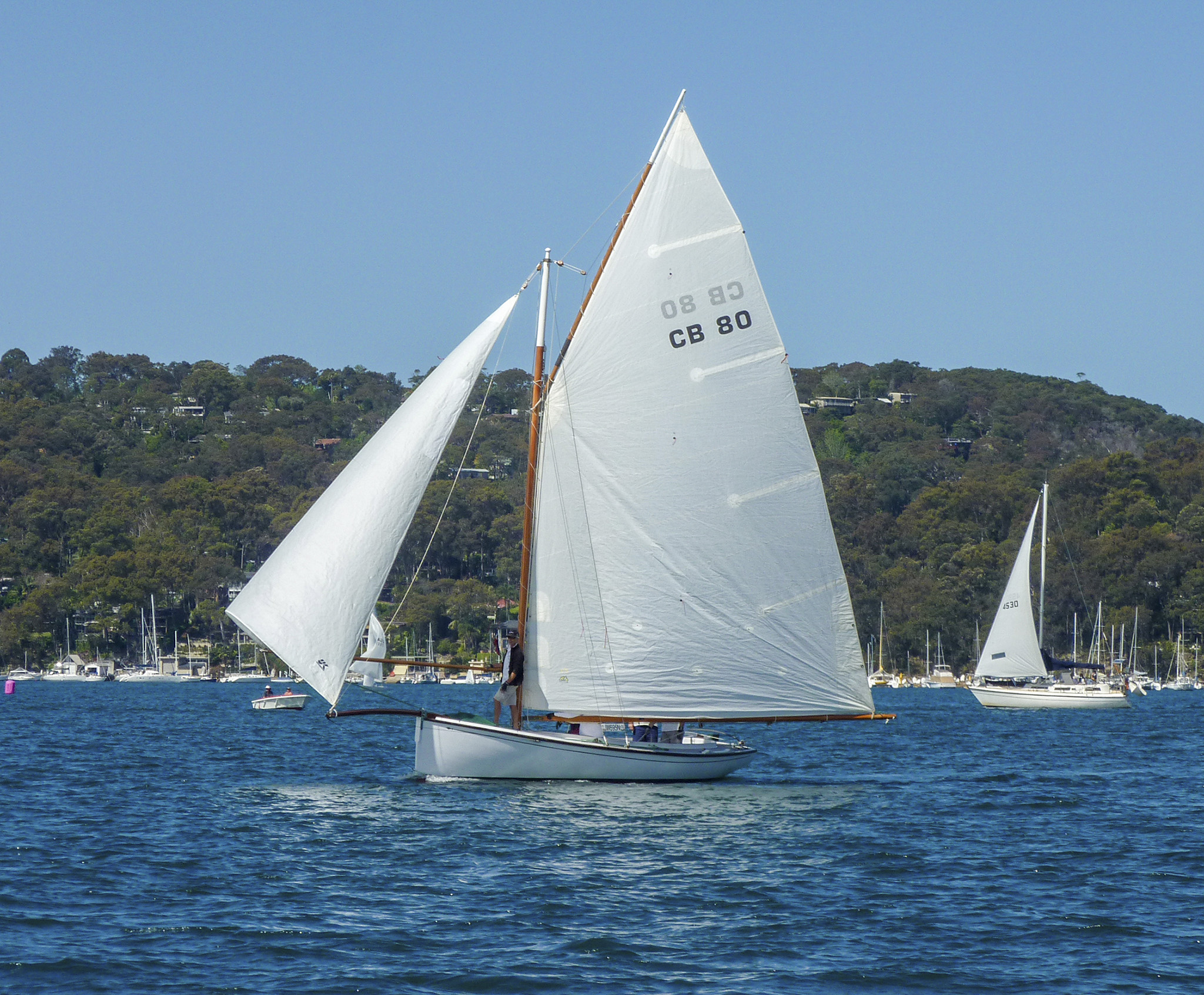 When the construction was completed, Tim Phillips towed Sylvia to Sydney behind his Toyota Land Cruiser. He then inserted the ballast before she was launched at Pittwater, north of Sydney.

Sylvia was the solo Couta Boat at Royal Prince Alfred Yacht Club (RPAYC) and, later, at Sydney Amateur Sailing Club (SASC) where she was sailed in a mixed fleet of classic timber yachts and she was the ‘poster’ boat for Gaffers Day.

Custodian: Larry Eastwood; 2010 – Present
Sylvia was purchased by Larry Eastwood from Philip Kinsella in 2010 and was returned to the RPAYC at Pittwater where she raced with Tenacity, Cariad, and Southerly.

In October 2019, whilst racing in the Muriel Trophy Race out of  SASC, Sylvia was hit by a 30 + knot wind bullet off Cremorne Point and sank in 18 metres of water. Only egos and reputations were injured! She was floated in time for the Balmain Regatta held the following weekend.

Along with Cariad, Emily, Kathleen Mary, Tenacity, and Wattle; Sylvia has been the mainstay of the Pittwater fleet from 2010 onwards, with many podium places in the Wattle Cup, Pittwater Regatta, Thistle Cup, RPAYC Summer Series and Waterford Cup. Her most notable placing was 2nd in the Couta Nationals title held on Pittwater in 2017. 10 Couta Boats made the trip from Sorrento to Pittwater for this event.