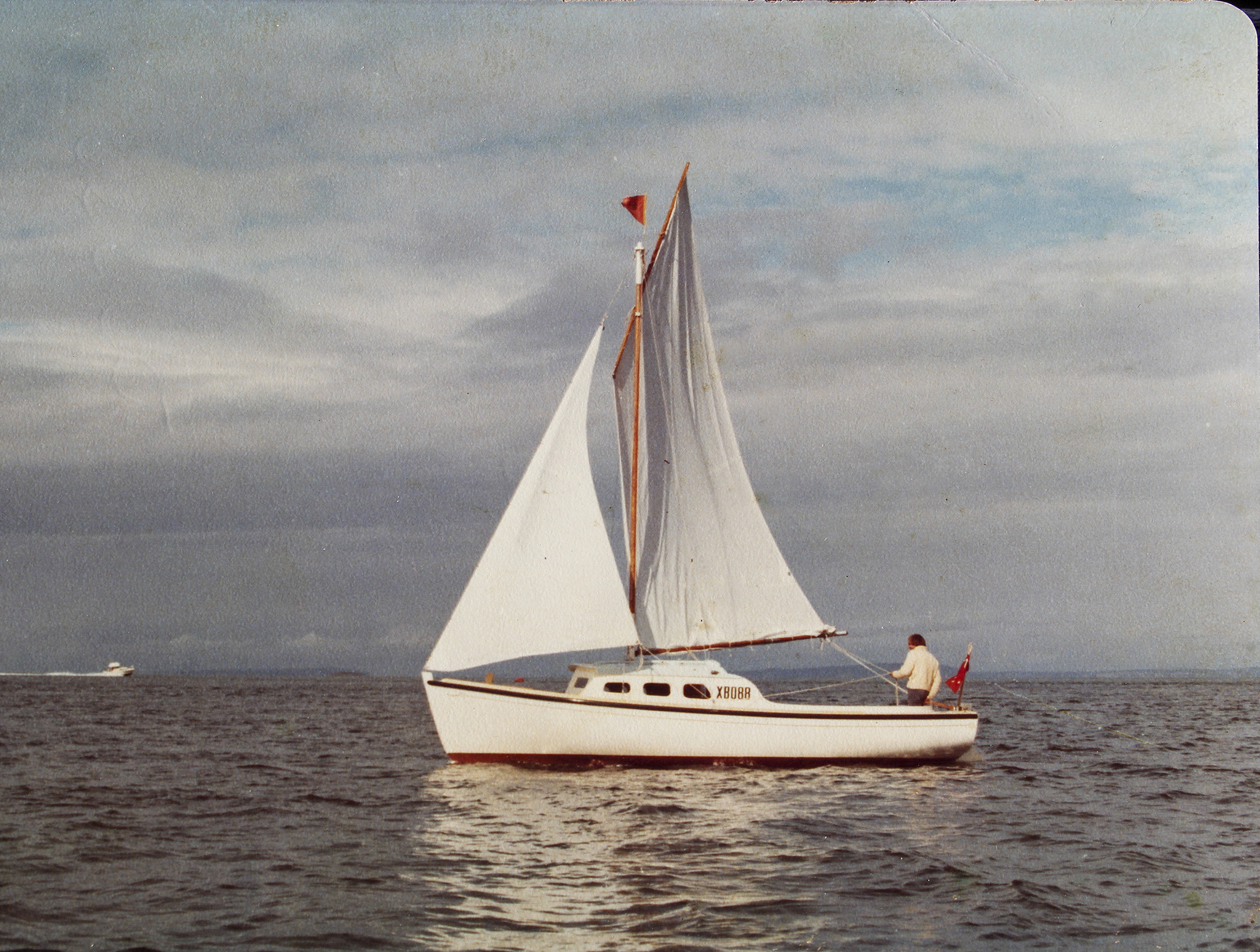 Early Years: 1969 – 1976
Schnapper Catcher, also known as Snappers, was built in Mornington by Alec Lacco in 1969. She was named for her purpose of catching snapper, but also named after the place where she was built – at Schnapper Point, Mornington.

Although the 24 footer was built for fishing, Alec Lacco intended these cabined boats also to be recreation boats. With the classic windowed cabin and two bunks, they are until this day greatly sought after due to being great family boats that you can sleep in overnight. Lacco 24 footers are excellent for the southern end of Port Phillip because they don’t draw much, and they can go across sand bars and pick people up from the beach.

Custodian: Richard Hodgkinson; 1976 – Present
Since 1976, Snappers has been owned by Richard Hodgkinson who bought her through Alec Lacco. Tim Phillips told Richard that Alec had a boat in Mornington for sale. Without being told any details about the boat, Richard went to meet Alec at his Mornington shed. Alec Lacco, who Richard describes as not only a legendary boat builder but a charming and likable man, dropped his tools immediately to show Richard the boat on offer. Getting into Alec’s Holden Kingswood station wagon, they drove down to Mornington pier where dozens of boats were tied up with their sterns facing the pier. Richard’s eye was drawn to one boat only – Snappers. When Alec reached for her stern rope, Richard couldn’t believe his luck, and he fell in love immediately. Alec took Richard for a run in Snappers, and she went perfectly despite needing a bit of a paint job, but for this Alec knocked $100 off her price.

Richard took Snappers to a mooring at Lentell Avenue, Sorrento, where she has been ever since. Snappers raced in the very first modern day Couta Boat races in the 1970s with a lug main and jib. She raced alongside Seabird, a very similar Lacco boat which has always moored near the Snappers and still does to this day.

In the early days of Richard’s custody, he and Tim Phillips went to Flinders as Tim had been talking to legendary cray fisherman Andy Johansen about possibly purchasing the ‘thoroughbred’ Couta Boat, Muriel. Richard took a couple of photographs of Schnapper Catcher to show Andy, who responded:

Wow. She’d be an Alec Lacco. She’s got a good head on her.

In 1988, after a few times around the bay, Snappers was fitted with a brand new Yanmar which saw her take on more adventures as well as a few minor disasters. Snappers has found herself on the rocks a handful of times, including the time when Richard took her out The Heads at dawn to chase fish, and he fell asleep at the tiller. Richard woke to find himself washed up on the rocks. Another nasty awakening for Richard was when Tim Phillips came running through his house at 6am yelling:

Snappers on the beach!

They ran down to where she was washed up on the beach below Sorrento Park where the existing boat ramp was not yet built. Snappers had broken off her mooring at 3am during a 40 knot northerly in June. Luckily there was only minor damage. Despite finding herself ashore a few times, Snappers has only suffered minor damage, which has always been well repaired. Richard says this is all part of the experience of owning a boat for over 40 years.

A highlight for Schnapper Catcher has been her very own brush with royalty in the mid 1980s when she came face to face with Princess Diana. Snappers had run out of fuel, so had to pull into a private jetty in Sorrento. Richard threw a rope to what he described as a very familiar looking lady. Unfortunately, she didn’t catch the rope and to Richard’s annoyance he had to instead put the anchor down. Richard only realised later that day that the woman had been Princess Di herself, who had been staying with a family on the cliff.

Recently, Snappers has been at the Wooden Boat Shop going through a massive refit to bring her into the 21st century. She is being fitted with another brand new Yanmar diesel, as well as a brand new deck and other woodwork features including cabin doors, bunks and a sliding cabin roof. She will also be introduced to some new technology, including power steering. Her restoration is set to make her already pleasurable existence even more enjoyable.

Richard says he will keep Snappers until the day he dies, despite being approached with several offers to purchase her and dozens of people asking him:

Snappers has been nothing but a joy to own for Richard, for what has now been more than 44 years. Snappers’ safeness and reliability is a comfort to Richard who can trust the boat for any given situation. Snappers even shipped Richard’s youngest daughter Georgie at just four days old over to the Queenscliff Cruising Yacht Club and back to Sorrento, with the baby smiling the whole way.

The family has enjoyed many sleepovers aboard Snappers at Queenscliff, remembering the days as some of their most favourite holidays. These Lacco boats are drama-free and Richard has never felt afraid to take Schnappers out to any sea as she is so reliable.

She will always bring you home.