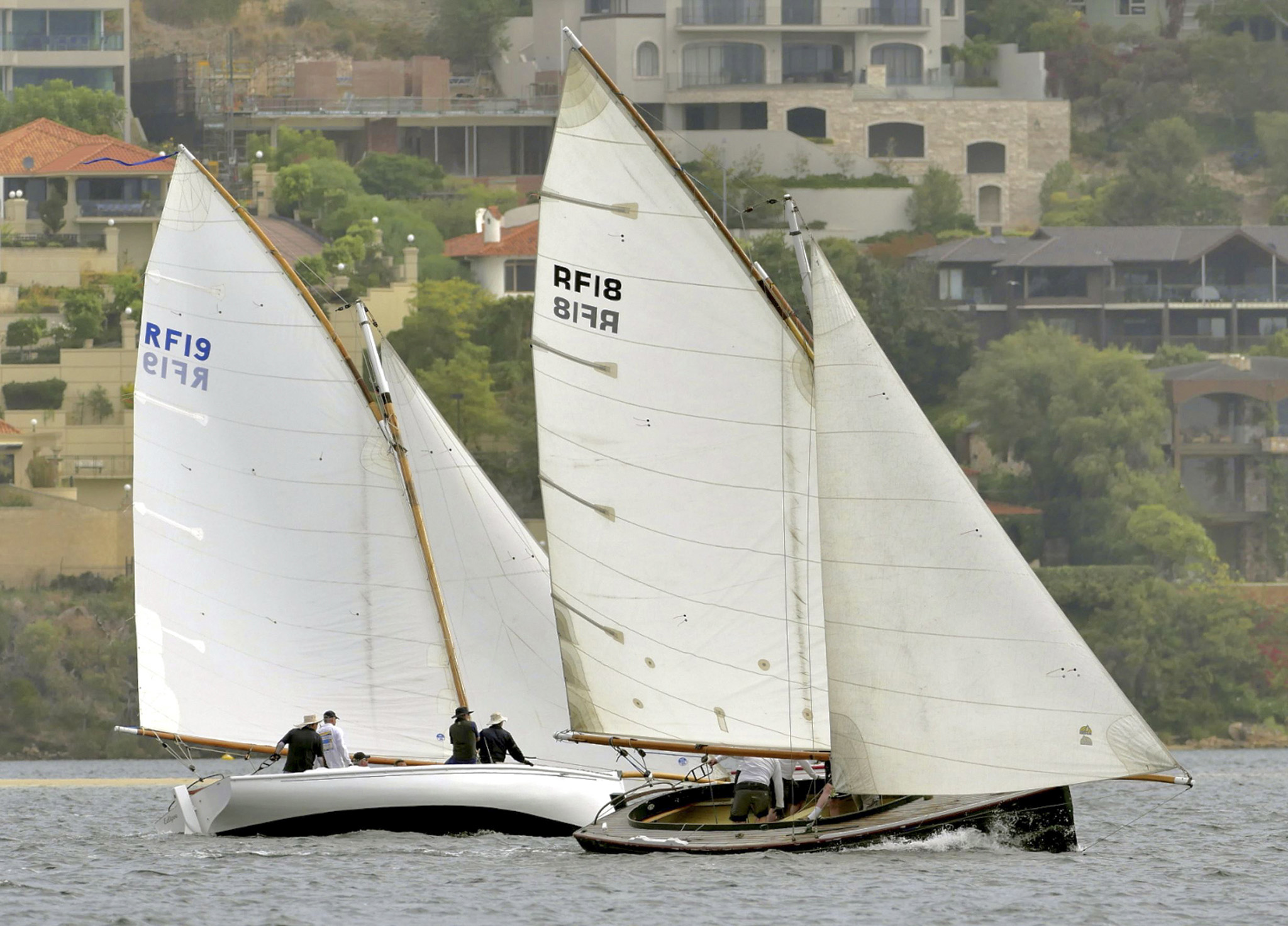 Early Years
Roulette RF18 was the third Couta Boat to be built in Western Australia.

Custodian: Chris Bowman; 2003 – 2005
She was built in 2003 by Chris Bowman of Malabar Boatworks, Freemantle, WA and was designed to comply with the Couta Boat Association’s (CBA) regulations.

Her construction is a splined Huon Pine hull and transom, Queensland Beech decks, Jarrah keel, Blackbutt stem, and Oregon and Spruce spars. Chris Bowman was assisted by Carl Ollivierre, formerly of the whaleboat building dynasty located in the Caribbean Island of Bequia.

Custodian: Rob Broadfield and Andrew McMillan; 2005 – 2015
Not long after her build, Roulette was sold by Chris to finance a move to Sri Lanka on a project to reinvigorate the local boat building industry. Her new custodians were Rob Broadfield and Andrew McMillan. Strongly influenced by Rob’s gastronomic and joie de vivre (‘enjoyment of life’) lifestyle, Roulette was initially sailed most often on warm twilight evenings.

Roulette: like a bicycle with a wicker basket full of produce, wine and flowers.

From about 2010, Andrew became a bit more focused on racing and over the next few years he established a reliable and competent crew, which steadily improved Roulette’s race performance against the competitive fleet at Royal Freshwater Bay Yacht Club. Her first title awarded for Club Consistency was achieved in 2010.

Custodian: Andrew McMillan, David McDonald and Fred Nagle; 2015 – Present
In 2015, Fred Nagle bought a third share and enhanced Roulette’s racing performance with support for her first new set of sails, leading to the first of a few Club Championship trophies achieved in that year.

Encouraged by improving performances, the Roulette team competed in the 2015 National Championships at Sorrento Sailing Couta Boat Club on Tram and were pleased to achieve a third place on handicap.

In 2017, David McDonald bought Rob’s share and added more competitive spirit to Roulette. She continues to perform well on most days when sailing on the Swan River in Perth, WA.