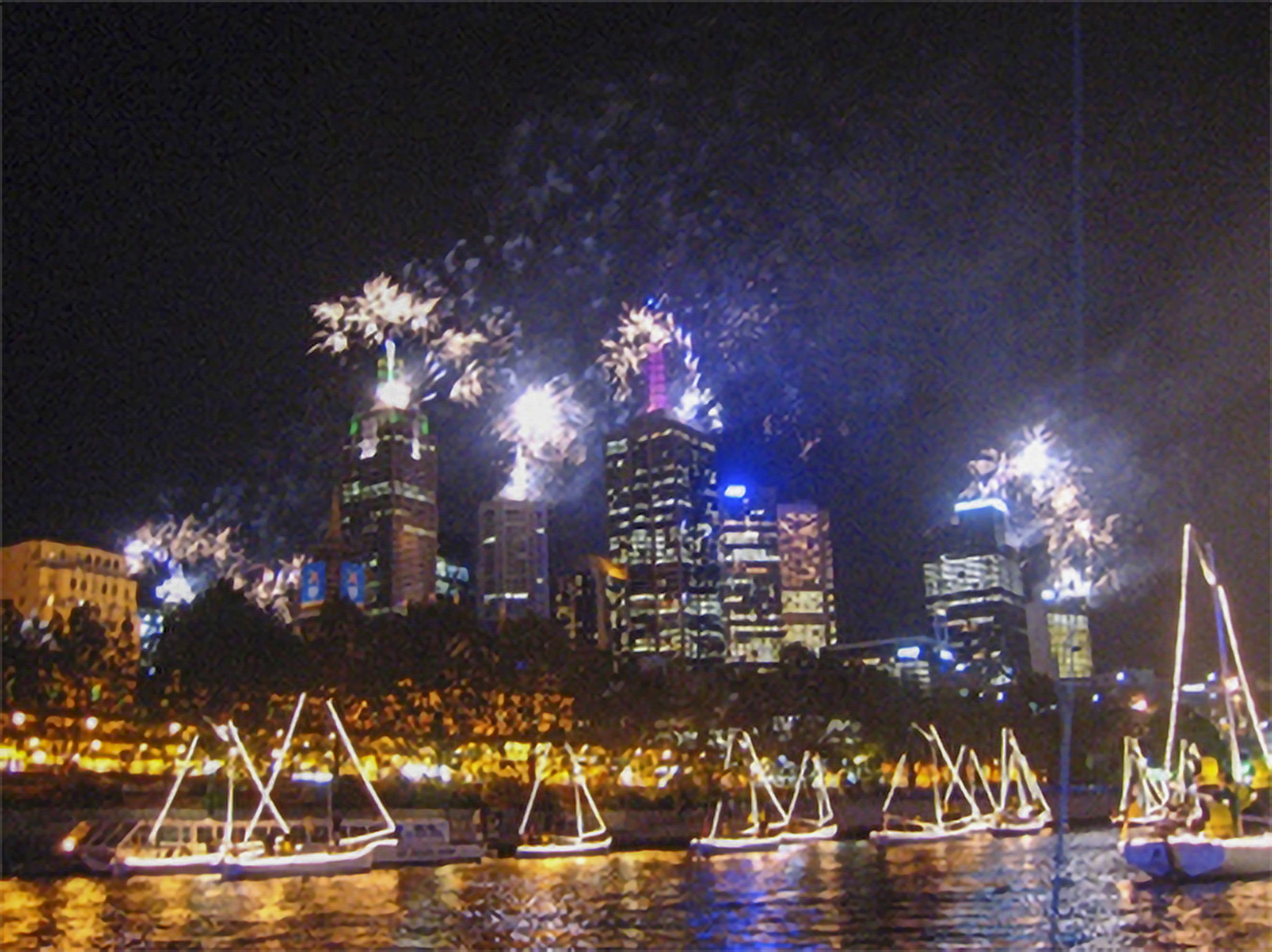 Early Years
Roseta was built by Ken Lacco in Rosebud in Victoria, 1935. As a Lacco built boat, it is presumed that she was built for long-line fishing in Port Phillip, but the name of her original custodian is not known.

During his 30 plus years of ownership from approximately 1965 to 1990, Max often sailed Roseta from Western Port to Port Phillip for the summer regattas and kept her on a mooring supplied by Tim Phillips at Sorrento. Max proudly displayed photos of races won by him on Roseta.

In the time of Max’s custodianship, Roseta underwent some major changes to enable marine survey for charter purposes, as it was his intention to teach sailing and fishing on Western Port. She was fitted with positive buoyancy and set out for six adult passengers. Unfortunately, his poor health kept him from fulfilling this dream and he passed away in 1998. Vale Max.

Custodian: Adam Richards; 1997
In 1997, Roseta was sold to Adam Richards and his family. There were some tears shed by Max as Roseta left his maintenance shed for the last time but he was glad to know she was going to be cared for by Adam and his family.

When the Richards’ family first bought her, they removed the positive buoyancy and restored some of the space onboard for the family to enjoy. On their sailing debut, on New Year’s Day, Tim Phillips had launched Roseta with Adam, loaded the lead and stepped the mast. Adam was then left to rig her; ready for their first family outing.

As the fleet was getting ready for the New Year’s Day, South Channel Race, Adam was tinkering about on Roseta whihc was tied to the Club Jetty. Another member was wandering down the jetty and although they had never met, Adam had heard his name and was itching to sail Roseta in this classic race, so he hailed him:

They steamed out to the start line and cut the engine in time to join the race. Roseta sailed brilliantly up towards Rye and moved off shore to round the South Channel Pile just as the wind died – totally! The fleet was drifting out to sea, so many had anchored. Roseta was drifting down the channel towards Portsea, the only vessel to have rounded the mark. As to be expected, the wind returned and the fleet began, once again, to come together. At this point Roseta had rounded the bottom Portsea mark and was heading for home and a Line Honours finish against both Division 1 and Division 2 boats on her maiden voyage. Needless to say, Dino Dipierdomenico was now hooked on sailing and Adam and Dino had begun a lifelong friendship.

The Richards family has sailed Roseta with their first, second and now all three children for more than 20 years. They have combined both pleasure sailing and competition racing with the Division 2 fleet at Sorrento Sailing Couta Boat Club (SSCBC), Victoria. Each year, with assorted assistance, they would tackle another task to improve Roseta’s finesse, including: new sails, removing the lead slipper from the keel, replacing the massive Lister diesel with a more suitable 2QM 15 Yanmar, purchasing from the salvaged Mouse of Makama, renewing the centre-plate casing and installing a new centre-plate, renewing the fiberglass deck with a laid deck and renewing the mast and tabernacle.

In recent years, Adam has entered Roseta in the Great Victorian Paddle, a charity event to raise money to assist disconnected people to reconnect with community. In the historic way that the Queenscliff fisherman would row their vessels when the wind was not favourable, (standing, facing forward) Adam would row Roseta from Sorrento to Portsea to raise money for the worthy cause. Adam always made it into Portsea and was always welcomed with stirring support from the beach.

Sadly, in June 2014, Roseta sank on her mooring at Sorrento. She was salvaged four days later and now awaits a suitable enthusiast to restore her to former glory.

Excitedly, Adam’s children have recently indicated a desire to re-join the regular sailing fleet and were looking at various vessels available. Adam has suggested that there already exists a vessel which they know well and has a family history. Hopefully, with their renewed interest, Roseta will soon return to the SSCBC fleet.