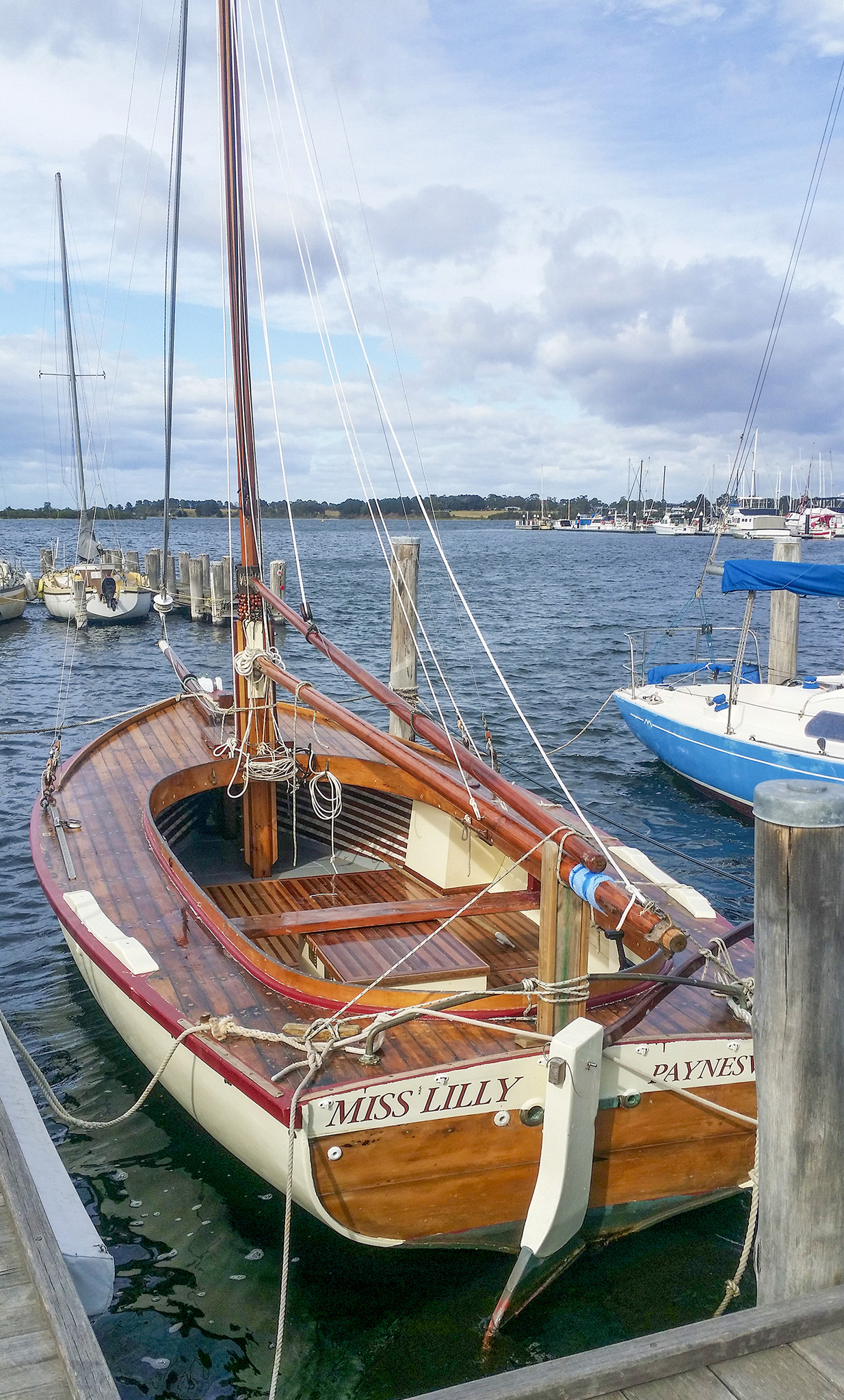 Early Years
Miss Lilly, formerly Mary Grace, was built by Bob Cayzer in Queenscliff, Victoria in the early 1950s, but the name of her original custodian is not known. She was built at 20 foot in length. Her hull was constructed out of Western Australian Karri, the deck of Philippine Mahogany, the spars of solid Oregon, whilst the timber used for her floors was Philippine Mahogany and reclaimed Sequoia.

The boat is unusual in that she has no centre-plate. Current custodian Peter Manuel claims it is possible she was built initially as an open fishing motor boat, with her rig added later. There is evidence of her life as a working fishing boat found under layers of paint – the pins for nets and longlines in the centre thwart. In addition, her deck was fastened with iron nails, suggesting a long life was not envisaged.

There is a wooden block stamped “September 1952” in the gear, and a 1967 coin was found under the mast. An identical Cayzer boat, without a rig and known to have been built in 1952, is at Portland in Victoria.

Custodian: Isobel and Martin Purcell; Unknown – 2017
Custodian: Peter Manuel; 2017 – Present
When Peter Manuel purchased the boat from Martin and Isobel Purcell in May 2017, he named her Miss Lilly.

Over a two year process she was  renovated using recycled timbers and fittings. Many original features were repaired and retained, such as the heavily patched deck timbers and centre thwart.

Peter asserts that although Miss Lilly has no centre-plate, she is a respectable performer under sail. She has a complete rig and suit of sails and she is used as a sailing craft on the Gippsland Lakes.