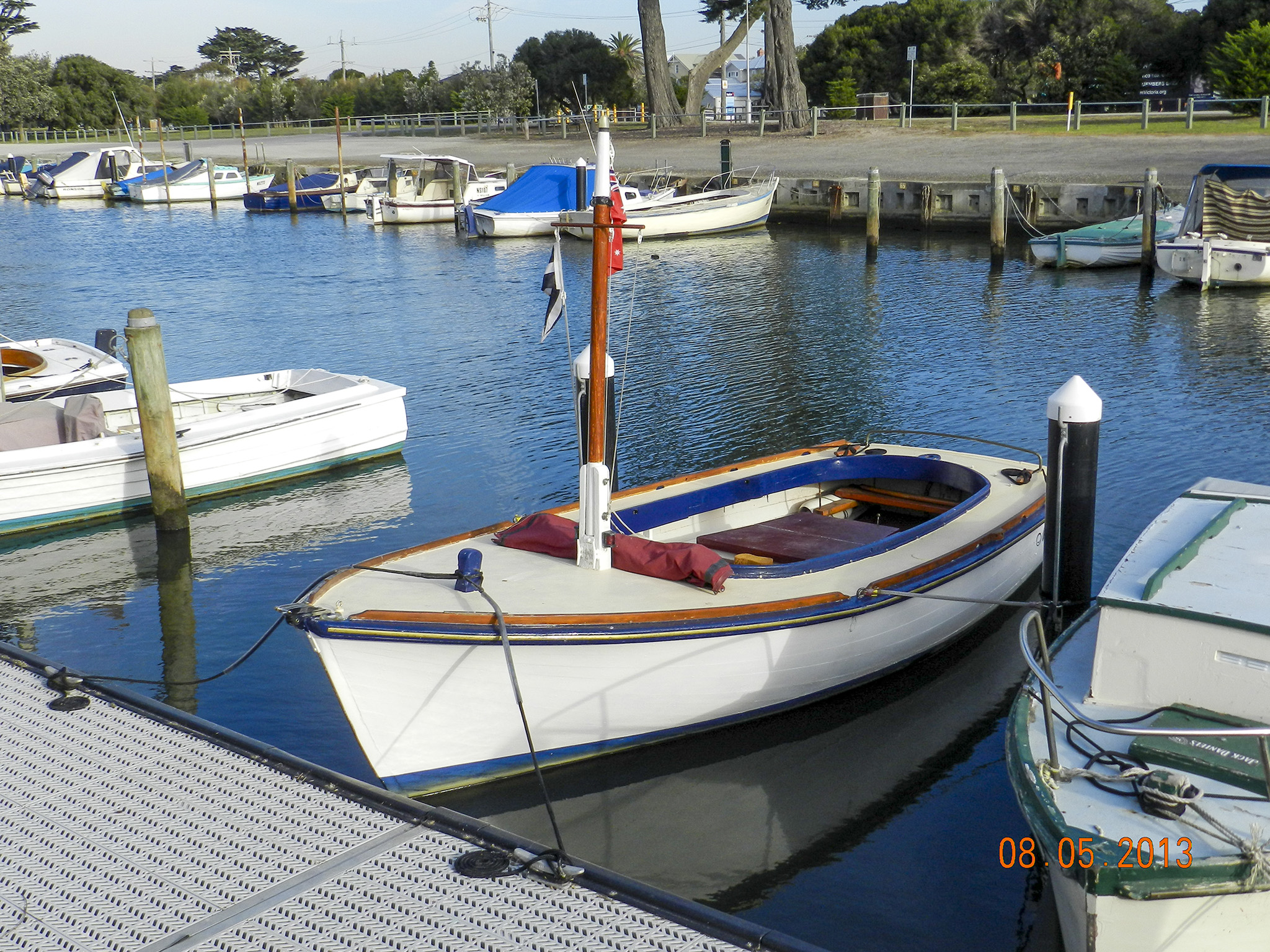 Custodian: Geoff Beazley; 1965 – c1980
Mischief was designed in 1965 for local Queenscliff identity Geoff Beazley. Gil Allbutt of Gilcraft built the hull then Geoff and his brother Jack finished the build in their garage. Both Geoff and Jack were long-term employees of the Queenscliff Pilot Service where they were involved in boatbuilding.

At 19 foot in length, Mischief is one of four smaller boats built by Gilcraft around this time. She is listed in the Victorian Ship and Boat Builders register.

Mischief was built with a full sailing rig but Geoff utilized her mainly for recreational fishing in the local waters. Hence, he installed a Yanmar diesel engine. He owned her for approximately 15 years then sold her to a local at Mordialloc, a Melbourne beachside suburb on the north-eastern side of Port Phillip.

Custodian: Unknown; c1985 – 2005
From approximately 1985 through to 2005 Mischief was moored in Mordialloc Creek, with direct access to Port Phillip. It is presumed that in this period of 20 or more years she was used for recreational fishing.

Custodian: Graeme Furlonger; 2005 – Present
In 2005, Mischief was sold to Graeme Furlonger, a member of the Royal Victorian Motor Yacht Club at Williamstown, Victoria. At the time of  the purchase, Graeme was looking for a seaworthy fishing boat. Only when he took delivery of the boat did he realise that he had purchased a Couta Boat.

Graeme continued in the custom of the previous custodians using Mischief principally for recreational fishing. He claims that he has had some very good catches, though not of the namesake, ‘couta. He declares that she is very stable on the water, but for ease in fishing, he has done some adjustments. Mischief now has a smaller mast, while her original main mast, gaff and sails are safely stored!