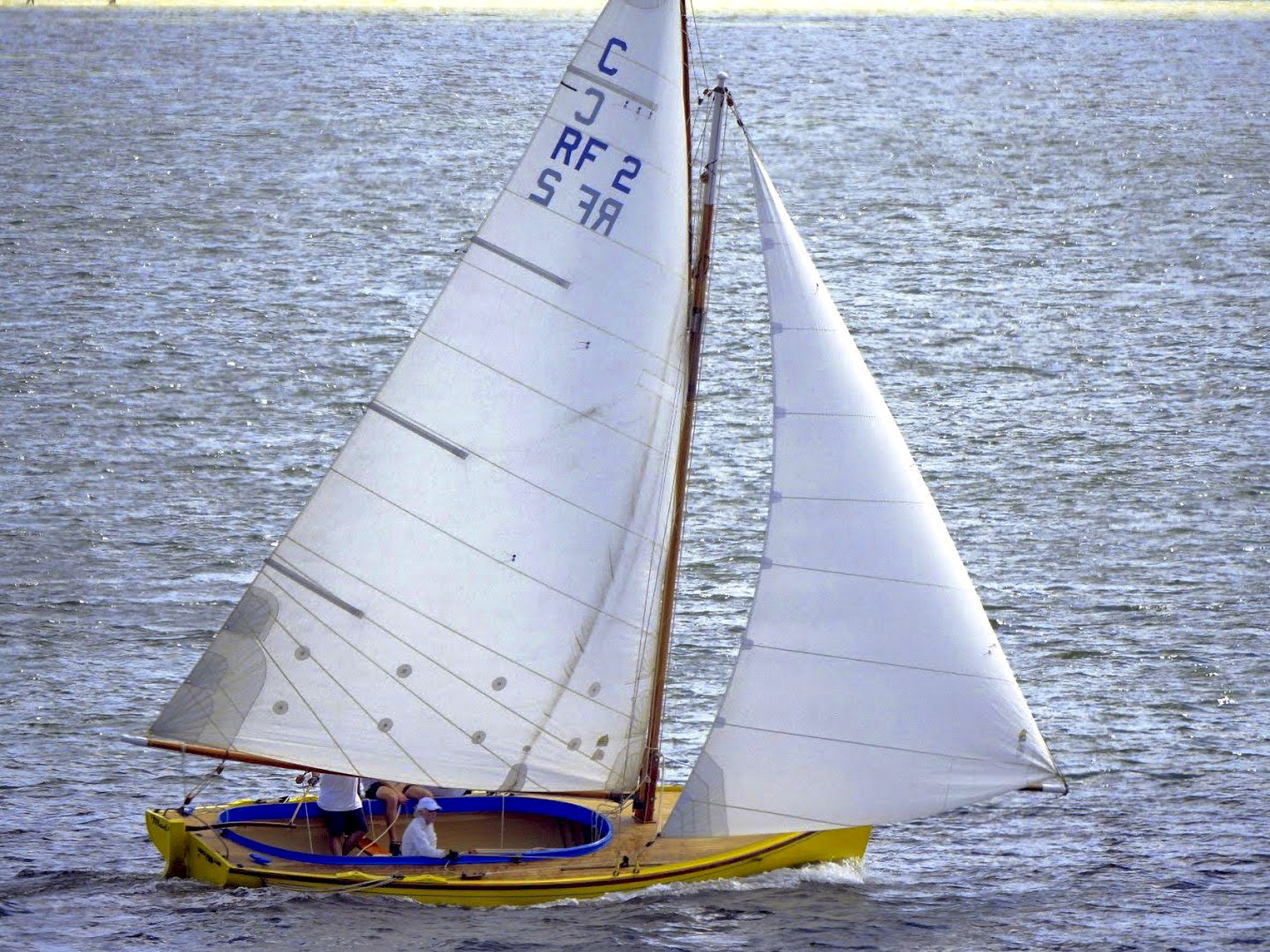 Custodian: Tony Unmack; 1999 – 2014
Madelaine was built at the Wooden Boat Shop in Sorrento in 1999 and launched at Royal Freshwater Bay Yacht Club (RFBYC) in Perth, WA in 2000 by Tony Unmack.

Tony had previously owned Hero in 1979 and had fallen in love with the Couta Boat story. Couta Boats reminded Tony of the early ‘Swan River Gaffers’, one of which his grandfather owned and on which Tony, as a child, would sail to Rottnest Island and along the Swan River in Perth, Western Australia. Tony appreciated the fine craftsmanship, the high-quality timbers, the sense of history and above all, the friendship and camaraderie among his crew and the Couta Boat community. Not to mention the Mount Gay rum. He was also a fierce competitor in yacht racing and a long-standing member of RFBYC.

In 1998, Tony decided he would build a new, more competitive Couta Boat hull and travelled to Tasmania to personally source the much sought-after Huon Pine needed to build such a vessel. Light and strong and resistant to borers and wood-rot, Huon Pine was difficult to find in quantities large enough to build an entire boat; planks, ribs, floors and fit out.

Huon Pine is an extremely slow growing tree and only grows in the cool rainforests of Tasmania. It is no longer logged commercially. Tony recounts the story where he found a stack of Huon Pine which the owner was keeping as his ‘retirement fund’. Always the entrepreneur, Tony immediately negotiated with him the future worth of the wood and paid him what it may be worth as a future nest egg. Some of the timbers within Madelaine are over 2,000 years old. Madelaine was featured in the book ‘The Huon Pine Story’ as an example of Couta Boats built from Huon Pine.

Beautifully crafted by Wayne Parr and Tim Phillips, Tony would often fly to Victoria and surprise the boatbuilders with a visit. On one such occasion, Tony requested that the planks be so well-fitted that a cigarette paper would not fit between them. He gifted Wayne and Tim a packet of Rizla cigarette papers and, with a pat on the back, left the bemused boatbuilders to finish the job. Since the day it was launched, Madelaine has never leaked a single drop of water through the planks. She is as tight as a barrel.

The boat is named after Tony’s daughter Madelaine Unmack and since being re-launched in 2000, she carries the Couta Boat Club number C2000. Madelaine is painted bright pastel yellow and Lauderdale Blue, after Tony’s beloved wife Rosie spotted a cabinet in the boat paint shop painted the same colours. Tony’s handwritten notes about the colour still exist in the paint shop where the colour formula is still used to this day.

Custodian: David Michael; 2014 – Present
Purchased in 2014 by David Michael, Madelaine is still sailed and raced on weekends by some of the original crew and is lovingly maintained to Tony’s high standards. Sadly, Tony passed away in 2020.