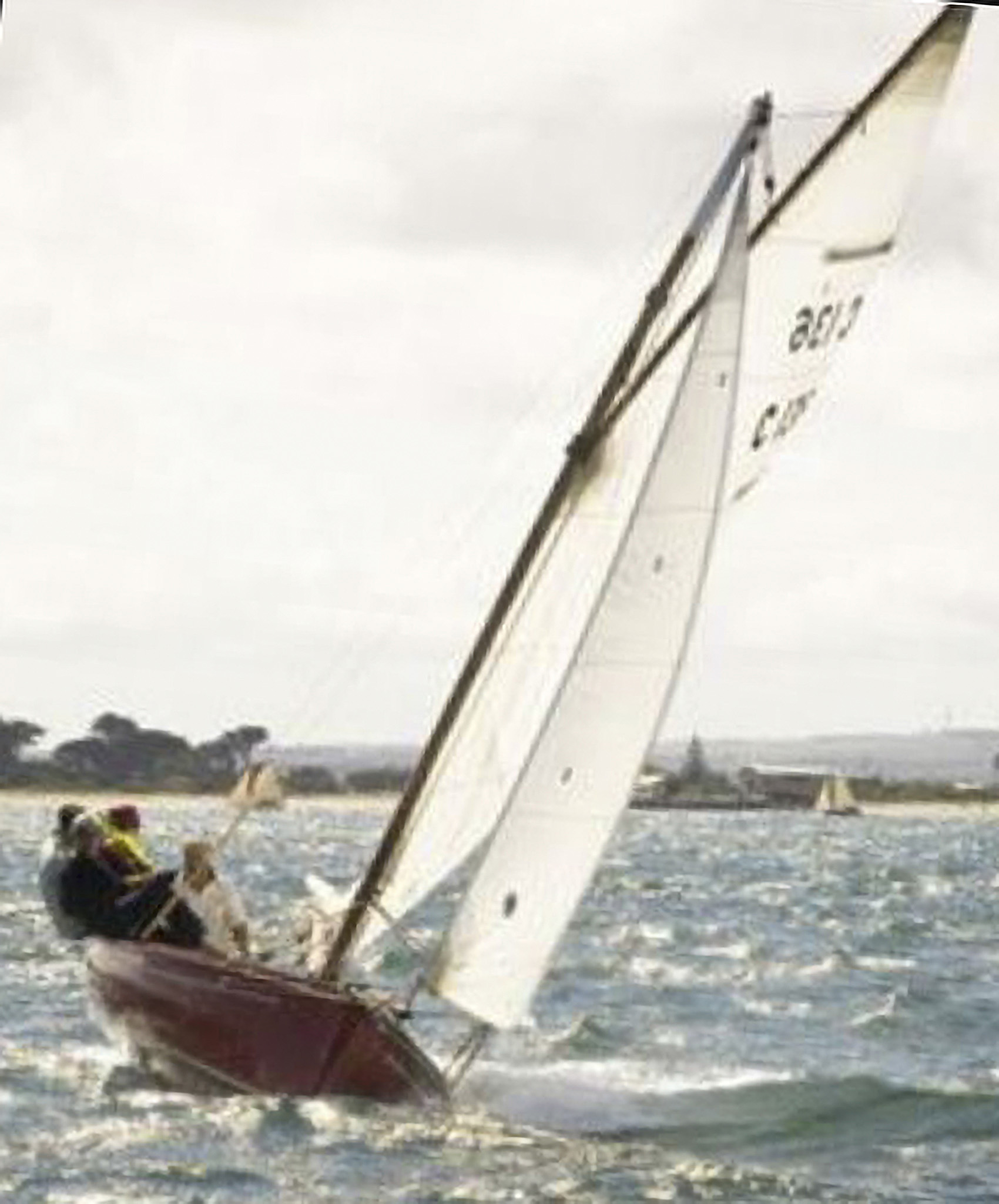 Custodian: Brett Almond; 2003 – 2009
Defiance was built in 2003 by Brett Almond at St Leonards on the Bellarine Peninsula, Victoria. She is 20 foot in length.

Prior to her build Brett was sailing Rosie C114, but he noted that she had a tendency to struggle in heavy winds, so he built Defiance.

She is built of Malaysian Damar Minyak (Kauri Pine), with the two top planks in Celery Top Pine.

Brett successfully sailed Defiance out of the Queenscliff Lonsdale Yacht Club (QLYC) for nine years. The 2004 sailing season comprised 14 races, and Defiance won both line honours and handicap in all but three of the races, thus winning the Club Aggregate.

Defiance also regularly competed in the Couta Boat Association races conducted out of Sorrento Sailing Couta Boat Club, across the bay from Queenscliff, and had a podium finish in many of the events.

In 2005, Defiance became the subject of a children’s book co-authored by Peter and Marianne Caddy. The book: ‘Defiance Goes to Sea’ and a second book published in 2007: ‘Defiance to the Rescue’, highlight the adventures of a little Couta Boat called Defiance which is part of the Couta Boat fleet of Queenscliff. The books hold great appeal for children and adults alike, and provide a glimpse into the significance of this iconic Queenscliff fishing boat.

Due to a change in personal circumstances, Brett reluctantly sold Defiance to another Queenscliff Couta Boat sailor, David Cross, in 2009. Brett sailed her for the final time on Easter Sunday of that year.

Custodian: David Cross; 2009 – 2017
Sailed by David Cross, Defiance continued with her winning streak. She regularly competed in the local races out of the QLYC and claimed numerous wins in the Couta Boat fleet.

In two consecutive years, 2010 and 2011, Defiance won the Division 2 Handicap Couta Boat Association, Victorian State Titles. In 2012, she was awarded the famous White Jumper for being the first Couta Boat home in Division 2 at the Queenscliff Maritime weekend regatta. She also won the Handicap honours for this division.

Custodian: David Unkenstein; 2017 – Present
In 2017, Defiance was sold to Drysdale identity David Unkenstein. David previously sailed on Mercury for close on 10 years and always wanted to own a Couta Boat.

For the present she is used for pleasure sailing, but David intends to race her out of the QLYC. She is berthed at the Queenscliff Marina.