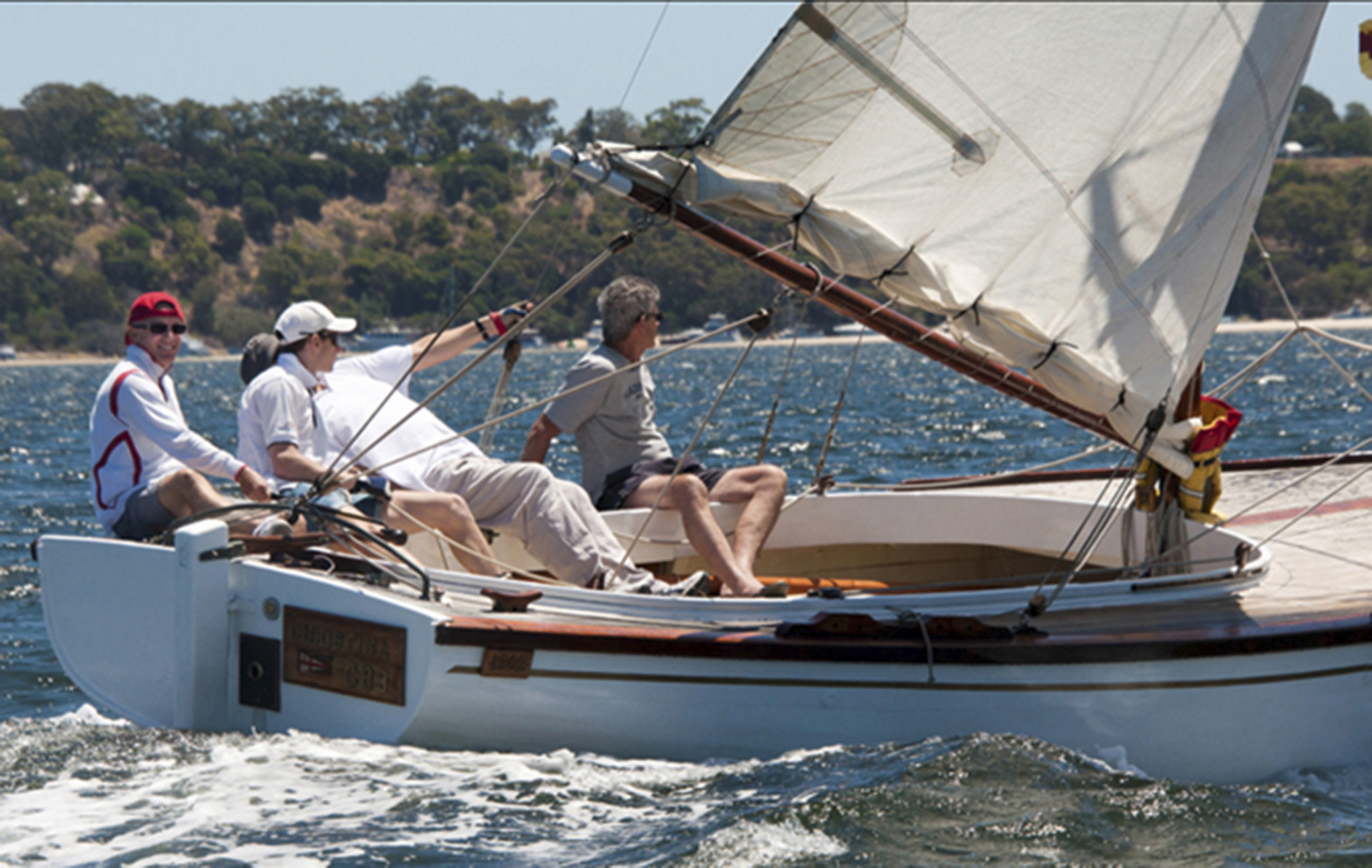 Early Years
Christina was designed in 1960 by Harry Clark at Cayzer Brothers in Queenscliff, Victoria. She was built as a professional work boat for a fisherman from Western Port, Victoria. Being intended as a working boat she has a deep belly for carrying capacity.

Custodians: R and G Harvey; c1960 – 1996
Christina worked under survey until 1991 (survey number 90S 1197 and licence number UNK), when her original professional fisherman custodians, brothers R Harvey and G Harvey retired. They kept the boat for a number of years thereafter, but sold her in 1996 when one of the brothers was no longer able to look after her. They told stories of being able to carry 1.5 tonnes of fish and often fished for multiple days on end. She was a work boat that lived a hard life. Antifouling was done between tides, with no niceties such as a boot-top, she was just roughly painted to above the water line.

Custodian: Michael Horton; 1996 – Present
Michael Horton from Western Australia, who was living in Victoria with his young family, purchased her in 1996. Shortly after the purchase, the boat was given a serious rebuild by Jack and Joe Pompei in Mordialloc, Melbourne. She was recaulked and redecked in Queensland Beech that replaced her rotten pine decking. However, the original Kauri planking was retained with very little repair being needed. Old Jack Pompei believed that he and his brother Joe had actually installed the original deck back in 1960. Jack relayed a story of how the hulls were constructed in Cayzer’s yard in Queenscliff and then transported on a barge over to Mordialloc Creek, to Pompei’s yard for the deck installation to be completed. Joe, usually quietly working in the background, didn’t necessarily agree with this story, but Jack made it sound entirely convincing.

Once finished and with the Horton family relocating back to Perth, Christina was transported in 1997 to the Royal Perth Yacht Club (RPYC) on the Swan River where she is still penned. Amazingly, the trip across the Nullarbor, in mid-summer, on the open back of a semi-trailer truck, didn’t open up the seams as feared and Christina settled into her new mooring on the Swan River with very few leaks. This was a testament to the recaulking skills of the Pompei brothers.

Originally, Christina had a Lister 15 hp diesel that lasted for 50 years before rusting out and being replaced with a 28 hp Nissan diesel. The old Lister was well known at RPYC for being able to tow the entire sailing fleet of Division 3 yachts, one behind the other, out to the starting makers on Saturday race days when light winds had becalmed the fleet. Up until several years ago, various pieces of work and maintenance on Christina were undertaken by shipwright Chris Bowman out of C Shed in Fremantle.

Christina is casually raced in club and retro series events. Being heavily bellied, she is not an overly fast boat in Couta Boat terms, but a healthy handicap has worked to her advantage in the club sailing events over the years. Three generations of the Horton family have enjoyed the boat:

Christina has seen our children and their friends grow up and become adults. From being a pirate boat to hosting girlfriends and boyfriends, perhaps one day she’ll host a fourth generation of young pirates.

In 2020, during the COVID lockdown and restrictions in Perth, Christina took on a new role of being a location for some twilight dinners for a family keen to seek some relief from the restrictions of the confined house.

As we head into 2021, she is booked in for a boat lift out of the water for her 23rd paint job on the hard stand at RPYC…still with that amazing original Kauri planking.