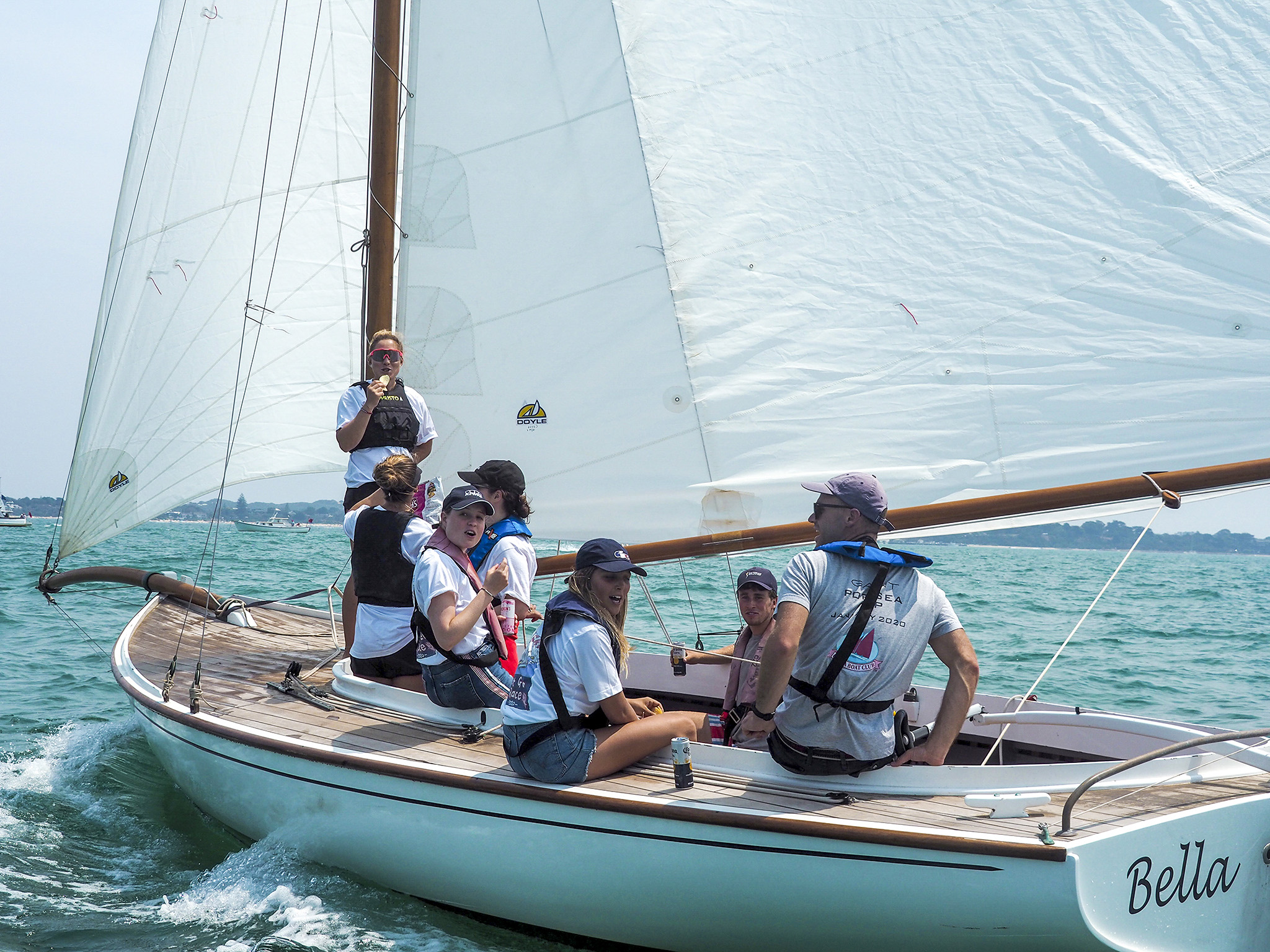 Custodian: David Currie; 2016 – Present
Bella was commissioned by David Currie and built at the Wooden Boat Shop (WBS) in Sorrento, Victoria in 2016. She was built at a length of 26 foot.

David was an Etchells sailor, but after sailing with Nick Williams on Wagtail, his interest in the Couta Boat class and the quality of the competition was ignited. During post-race drinks on the deck of Sorrento Sailing Couta Boat Club, David saw plenty of familiar faces from his days in Etchells and ocean racing, many with the grey in their hair like him.

In 2014, David purchased Swan Bay, a beautiful boat but heavy, sluggish in a tack and slow to accelerate. However, the boat was not providing the competitive excitement that he was searching for.

It wasn’t long before David spoke to Tim Phillips about the new way of design and production at the WBS. Two ‘regatta boats’, Georgia and Jocelyn, had already been built and were very successful. They were the new way in design and construction by Tim and his team at the WBS. Thus the Bella story began.

Built by Tim Phillips, the boat is at the other end of the spectrum to Swan Bay.

It tacks quicker, accelerates out of a tack and has better overall speed on all legs of sailing. Being built of lightweight timbers, these boats do have a tendency to open up a bit when out of the water for winter maintenance. Put them back in for a new season and they do leak for quite some time before eventually closing up again. In one race at Sorrento Sailing Couta Boat Club, Bella was doing very well. So much so that some complained that they were using their engine! It was just the bilge pump excreting surplus water and not the engine exhaust.

Launched in 2016 and named after David’s daughter, Bella was an excellent performer in light airs. But David wanted a more all-round performer. This challenge was achieved by adding more ballast and commissioning flatter sails. The boat now performs at the front end of the fleet in all breezes and has an impressive race record, including overall line honours in the 2017 Nationals and the 2018 Portsea Cup.

Bella is moored off the jetty at Sorrento Sailing Couta Boat Club.