Excerpt from the Wooden Boatshop Journal of Rob Roy…

Rob Roy was the first commercial ‘couta boat built by Ken Lacco after the Lacco family moved to Rosebud in 1928. Ken Lacco, the doyen of ‘couta boat builders and son of the great boat builder and innovator Mitch Lacco, is synonymous with the recognition and revival of these astonishing craft.

Denis Wilkins discovered Rob Roy off Anne Street Pier, at the Williamstown mouth of the Yarra November 1991, as a fishing boat hulk.

More from the Wooden Boatshop.
She’s A Classic!
She’s an absolute classic and I want her…! said Dennis Conner, describing his first impression on seeing Rob Roy at Royal Brighton Yacht Club during the world Etchell championship in 1994. (Conner was the winner).
Winning America’s Cup skippers Conner and John Bertrand chose to share Rob Roy as their “mother ship” for tows to and from the race track and transporting spare sails during the carnival.

A winner of the Royal Brighton Yacht Club 1995 Winter Series, lightly raced Roby Roy is at home as a wonderful stable fishing/cruising boat or capable of beating the best around the sticks for some weekend fun.

Last of the original 28 footers, this famous boat was completely restored during 1992 – 1994 under the supervision of Tim Phillips (by Mark Abbot and Denis Wilkins) at the Wooden Boatshop, Sorrento Victoria.

Rob Roy set the standard for restoration. She was given a new kee, 98% new ribs copper roved and Monel fastened, double layered deck for extra strength and longevity. And guess what? It doesn’t leak.
The original Kauri planking, transom and stern post were retained.
She has a state of the art mast and only the best fittings.

In 2017 at the Sydney Amateur Sailing Club at Cremorne on Sydney Harbour during the “Couta Week” Malcolm Turnbull gave the following story of Rob Roy. 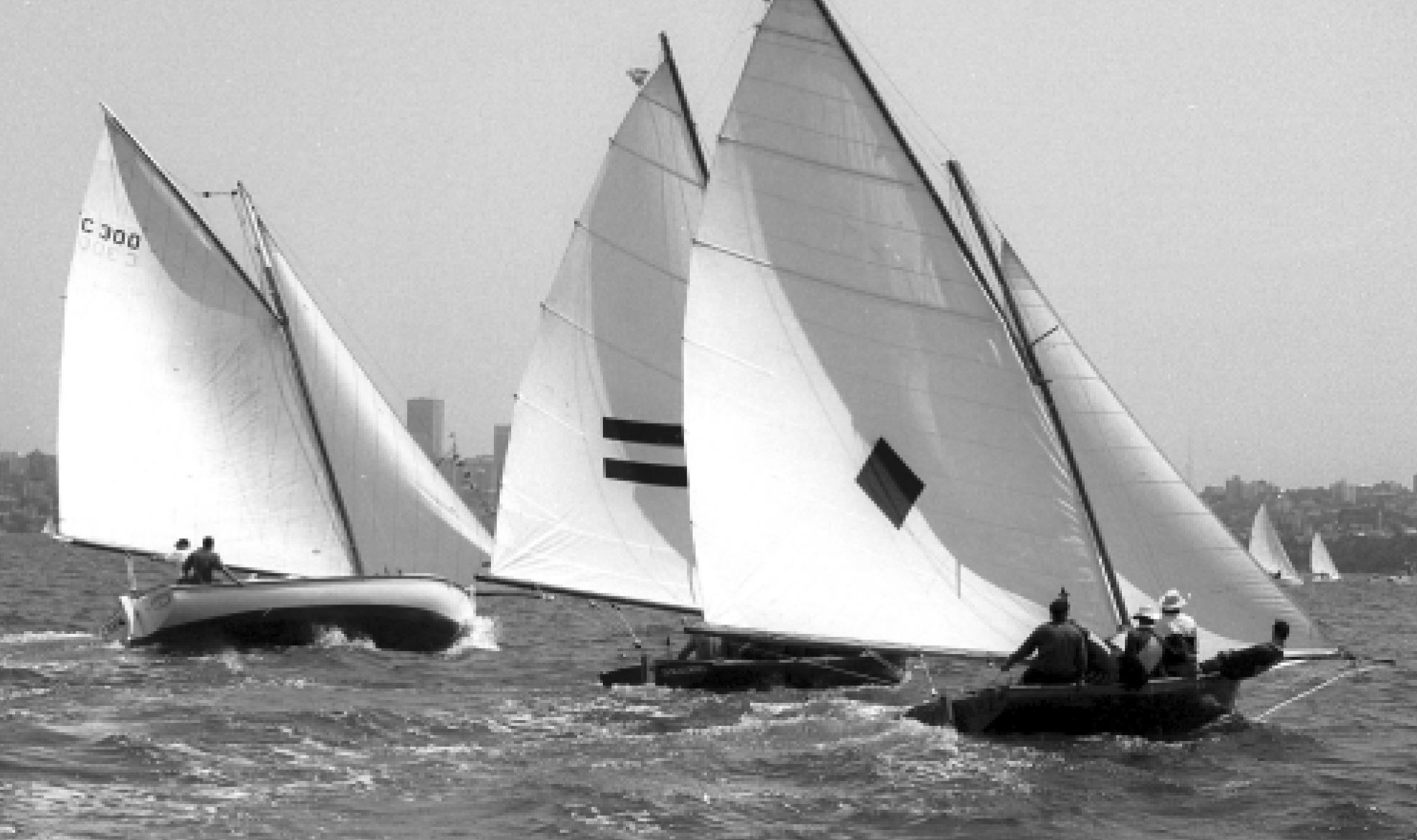