Tim Phillips refers to ‘Eleanor’ as a very important early Couta Boat, with her ‘Apple-Bowed’ design upon which the Jubilee design was based.
She was constructed in part from timbers from a wrecked tall ship and thus bears an added unique historical aspect. The planking is teak on Celery Top Pine.

Her original name was SEAGULL and she was found virtually derelict on the river at Williamstown.
Owned by Barry Dawes (when the boat was called MELISSA for 15 years previously).
Recent owner Sally Williams had her completely restored at Wooden Boatshop. 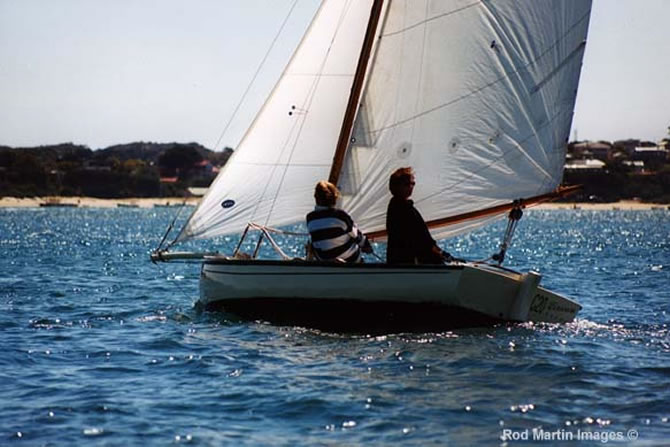 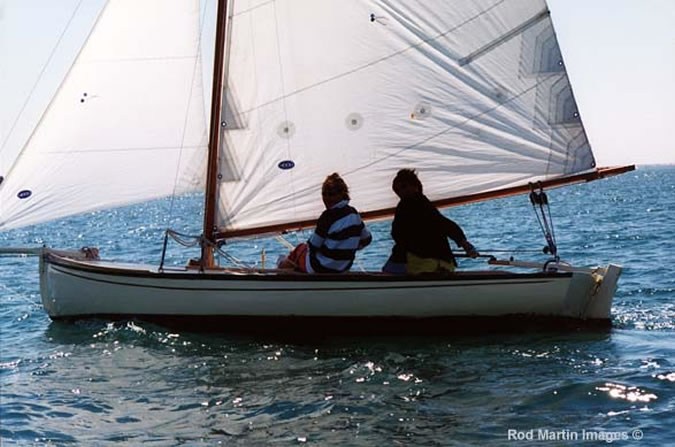 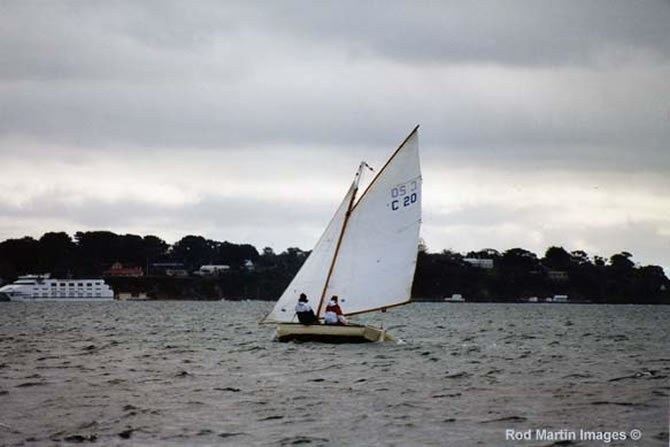 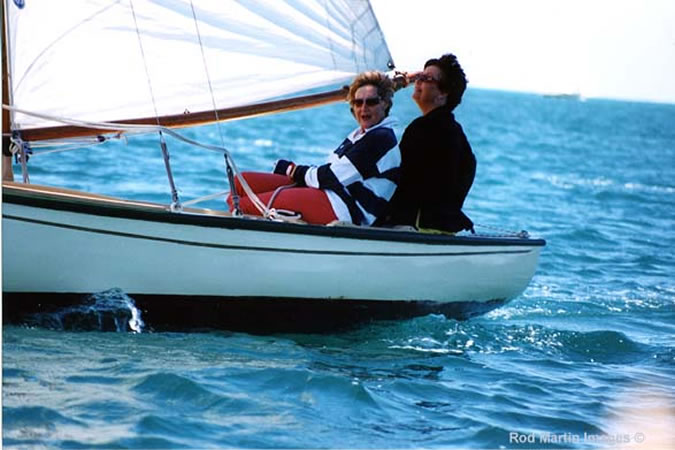