Muriel was a product of the turn of the century engineless era and is very deep and beautifully balanced.

Designed and built by Mitchie Lacco, she was launched in 1917. Her original owner, Gus Johnson, sailed her for only eighteen months before passing her on.

The second owner, Andy Johansen renamed the boat “Muriel” after his sister who loaned him the money to buy her.

Like most of her type, “Muriel” is gaff sloop rigged with a loose footed mainsail. Her wooden mast is 5″ in diameter, tall and stayed by a cap and lower stay. There is no running backstay. The jib is set on flying on a long bowsprit.

When Tim Phillips bought “Muriel” from Andy Johansen, her hull, typically planked in full length New Zealand Kauri, was in good condition but there was still three months work to bring her back to original condition. 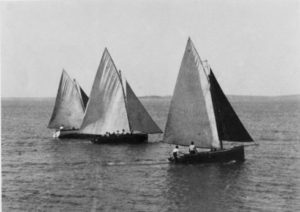 Muriel and Surprise C14 are still racing at SSCBC 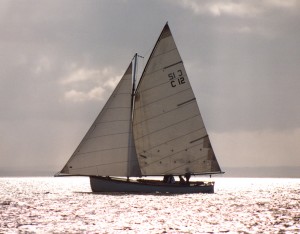 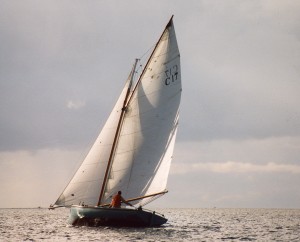 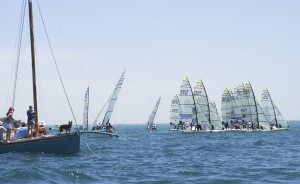 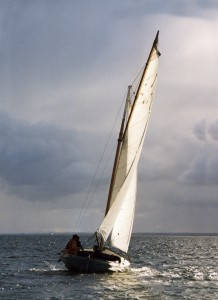