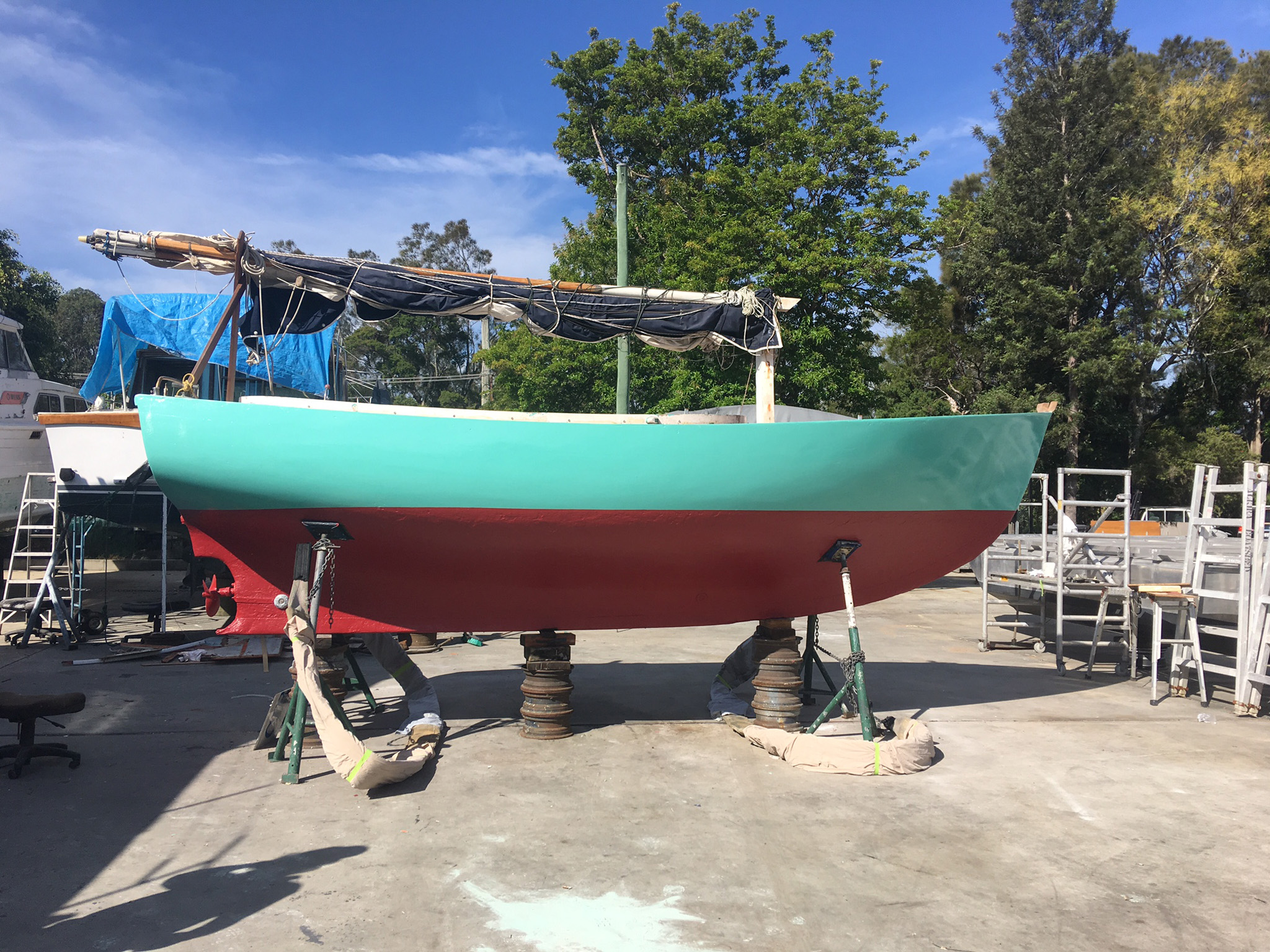 Custodian: Norm Beecroft; 1965 – Unknown
Shady Lady was built in 1965 by Clive Barnard in Seaholme, Victoria. A Master Shipwright for Ports and Harbours at Williamstown, Clive designed and built over 40 boats and numerous boat models in his pastime.

The boat was built for Port Phillip fisherman Norm Beecroft. At 20 foot in length and gaff-rigged, she was built from Oregon timbers. As she was designed specifically for fishing on Port Phillip, she is not as shallow in her build as the classic Queenscliff Couta Boat.

Custodian: Richard Hawkins
Custodian: Unknown
On a date unknown, the boat was sold to Commander Richard Hawkins who had been a Commander in the Royal Navy in World War II. After the war, he migrated to Australia in 1967 and settled at Mount Martha for some years where he was involved in recreational sailing and wrote navigational books on Port Phillip. It was in this period he was the custodian of the now known Shady Lady.

At some time, the boat was registered under the name of Lady and was owned for many years by a family that sailed her on Brisbane Waters, NSW. She was moored off Booker Bay Marina.

In the previous year after the 2017 Wooden Boat Festival, Tom and his wife had sailed Pelican from Hobart to Cygnet in Tasmania. Impressed by the lines and grace of the Couta Boat, they agreed:

We’ve got to have one of these!

So they decided to purchase their own Couta Boat. They acquired Lady and motored her to her new base off the seawall at Alkira Boatshed on Lake Macquarie, NSW. They then renamed her Shady Lady.

After Shady Lady was pulled out of the water, it became inevitable that she needed some immediate attention. The deck was replaced, as were the sole boards, while a part of the mast was also replaced. The jibboom that was on her at the time of purchase, had been constructed out of an old fence post; it was replaced by Tom with a traditional one built of Oregon.

Shady Lady is now used by Tom and his family for sailing on Lake Macquarie, NSW.