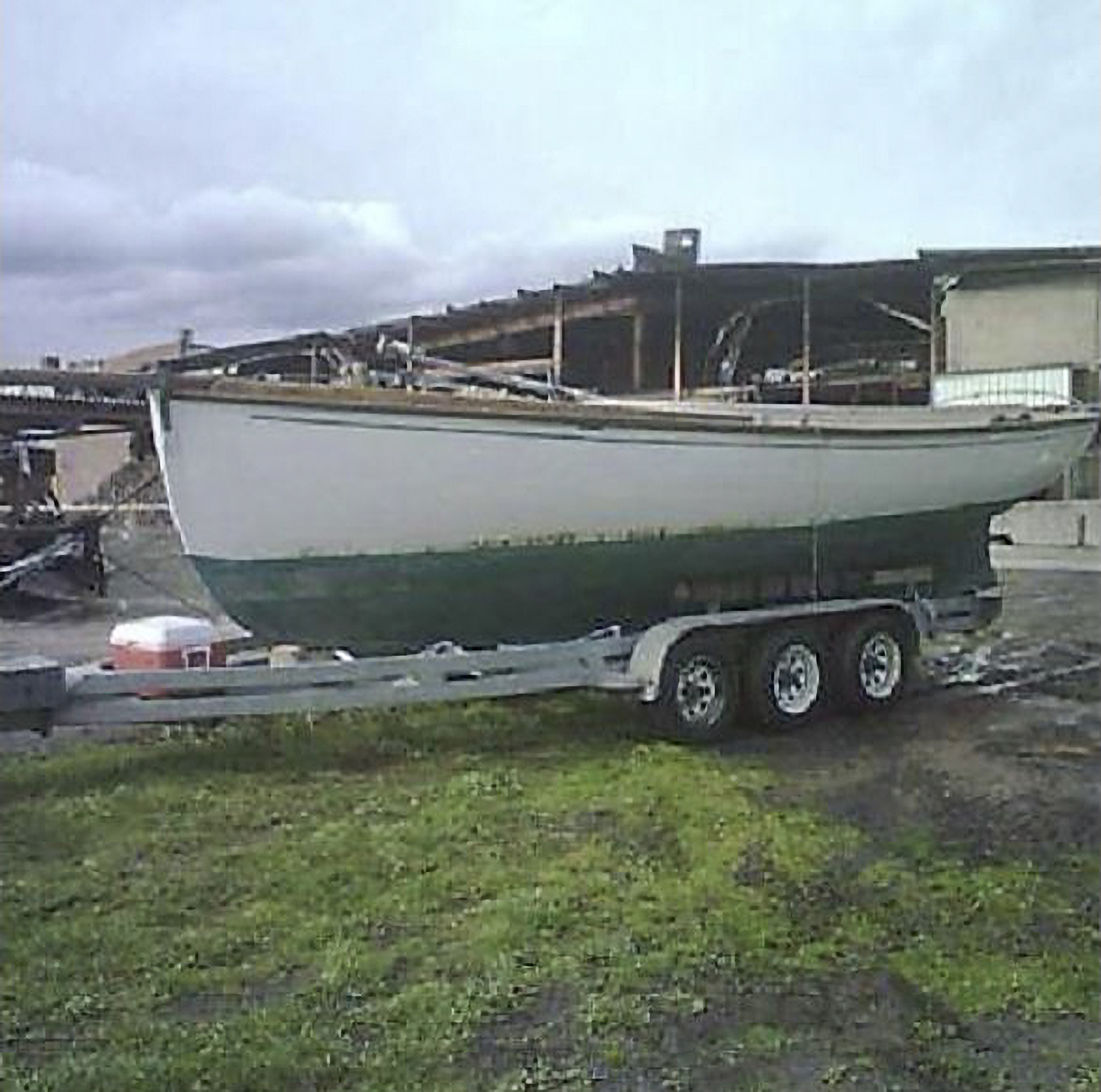 Sources reveal that Joe went to master boatbuilder Ken Lacco to obtain a design. He then bought a Kauri tree from Queensland, which provided enough timber to build two boats. Phyllis was constructed but the end-product did not turn out well; the measurements being wrongly built to the inside, and not to the outside measurement.

When one of the Lacco brothers examined the boat he soon found out Joe had not taken off the width of the planking in the ribs, resulting in a difference of about four inches. So Joe built model No. 2 using the same plans but with correct adjustments to the outside measurement. This construction was to become Peter Pan.

In the late1970s, through a chance encounter, Sorrento boat builder Tim Phillips met Joe Lyons who said he had a Couta Boat down at Beachport in South Australia, where he had fished out of her in the 1950s and 1960s. Joe had been in the Commandos with Tim’s uncle Johnny during WW11, so there was a family connection. Eventually, Joe offered the boat to Tim for a reasonable price and Tim purchased the boat, sight unseen. But it was not until about 1985 that he made journey to Beachport to collect Phyllis and return her to Sorrento.

Custodian: Tim Phillips; 1985
Custodian: Danny Foley; 1985 – 1997
Phyllis was taken to the Wooden Boat Shop (WBS) in Sorrento where she remained for a few years until she was sold to a local worker Danny Foley.

Danny initially worked on the boat at the WBS, but after a year or so Tim delivered the boat to Danny’s home in Rye.

Eventually, Phyllis came back into Tim Phillip’s custodianship, but the boat remained in the backyard of the previous owner where she was used as a backyard cubby-house.

John Alexander Jnr provides an account of the extensive restoration:

We paid $1,500 for a rotten hull, no centre-case or transom or decks. So we made a plan and we had a shed built at our property in Whitehall Road to renovate her starting in September 1997 ready for a launch on Australia Day 1998. It was a four month program.

John Alexander Snr did his time after the war in Smiths Dock, Newcastle upon Tyne, England as a shipwright and later became the youngest superintendent in the P&O shipping company. His boat building skills were prolific as was his knowledge of timber and traditional materials. John Jnr recounted:

We advertised in the local Centrelink for labour and employed two long-term unemployed people to work with my father to rebuild the boat, me helping whenever real work let me. Dad decided on a few things that made Scoundrel a fast boat: a jig to make laminated deck beams which were tapered from front to centre to improve centre of gravity; the deck was made from 12 mm marine ply with Iroko decking on top to give a lighter and stiffer hull; the centre-case was made from Merbau; a new transom from King William Pine and a standard Couta Boat mast.

The sails were chosen from at the time a non-traditional Couta Boat maker, Gale & Rimington, Sandringham, Victoria. The loft was later renamed UK Sailmakers. Scoundrel was launched on Australia Day 1998 and had a good racing record.

At 25 foot in length, she kept up with and beat the larger boats, especially in lighter winds, due to a large sail area for her size and her light weight construction. She had a mostly female crew as they presented much better company…and always had good sandwiches. The crew from Scoundrel continued to race together all over the world doing offshore racing, and generated enduring friendships.

In 2001, Scoundrel was relocated to Pittwater, Sydney, where she competed in the Woody Point Wednesday Classic Boat Races and at weekends. Her presence on Pittwater helped to lead the movement of Couta Boats into Sydney.

Custodian: Hayden Warszewski; Mid 2000s – Present
A few years later, she was sold to her current owner Hayden Warszewski, a member of the Sorrento Sailing Couta Boat Club at Sorrento in Victoria, where Scoundrel is now moored.