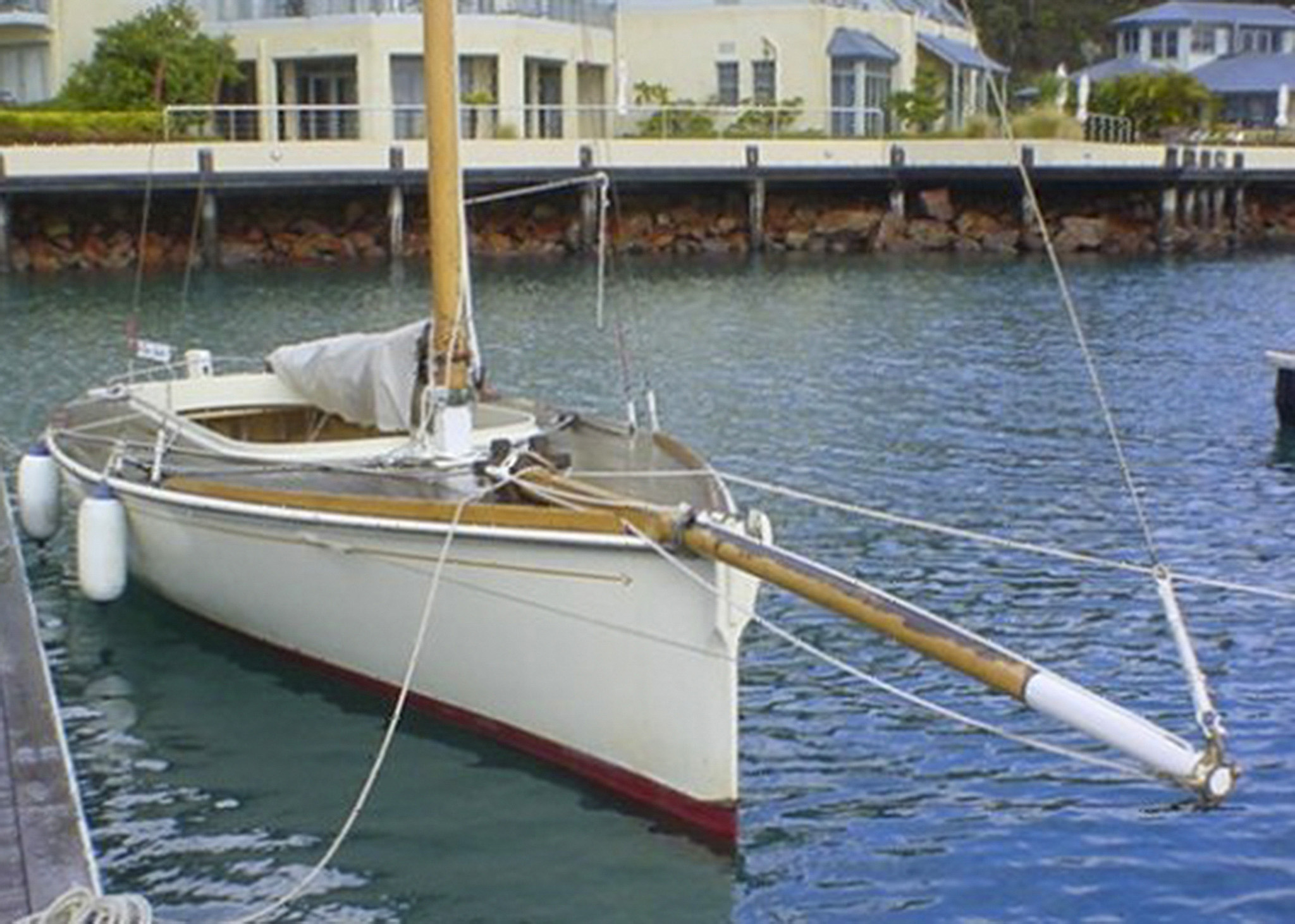 Custodian: Leigh Morgan; 1988 – c2000s
Samantha was built by Leigh Morgan in Sunbury, Victoria in 1988.  After restoring Doreen, now named Surprise, Leigh decided to design his own Couta Boat. He constructed Samantha to the standard length of  26 foot 6 inches. After the consturciton, she was taken to Portsea at the southern end of Port Phillip.

Some years later, Samantha was sold and transported to Lake Macquarie in NSW. It is not known how long she remained there. But years later she was brought to Cayzer Boats in Queenscliff, Victoria, with rotten wood visible.

Custodian: Dave Biggar; 2017 – 2021
Dave Biggar purchased Samantha and moved her to Noosa Heads, Queensland. He used her as a recreational craft until he sold her mid2021.

Having been around boats for most of his life, Steve was attracted to the lines of Samantha, recognising that, originally, she had been built for speed.

According to Steve, Samantha’s hull and frames are still in beautiful condition, but he has embarked on refurbishing other sections of the boat that need attention, including: repairing the keel, replacing the deck and centre-plate, and installing a new engine and starter motor.

When the work is finished, Steve intends to use Samantha as a recreational vessel for whale watching and for conducting small group tours on the Gold Coast waterways.

Samantha will be placed on a swing mooring at the Southport Spit, near the entrance to the Gold Coast Broadwater.