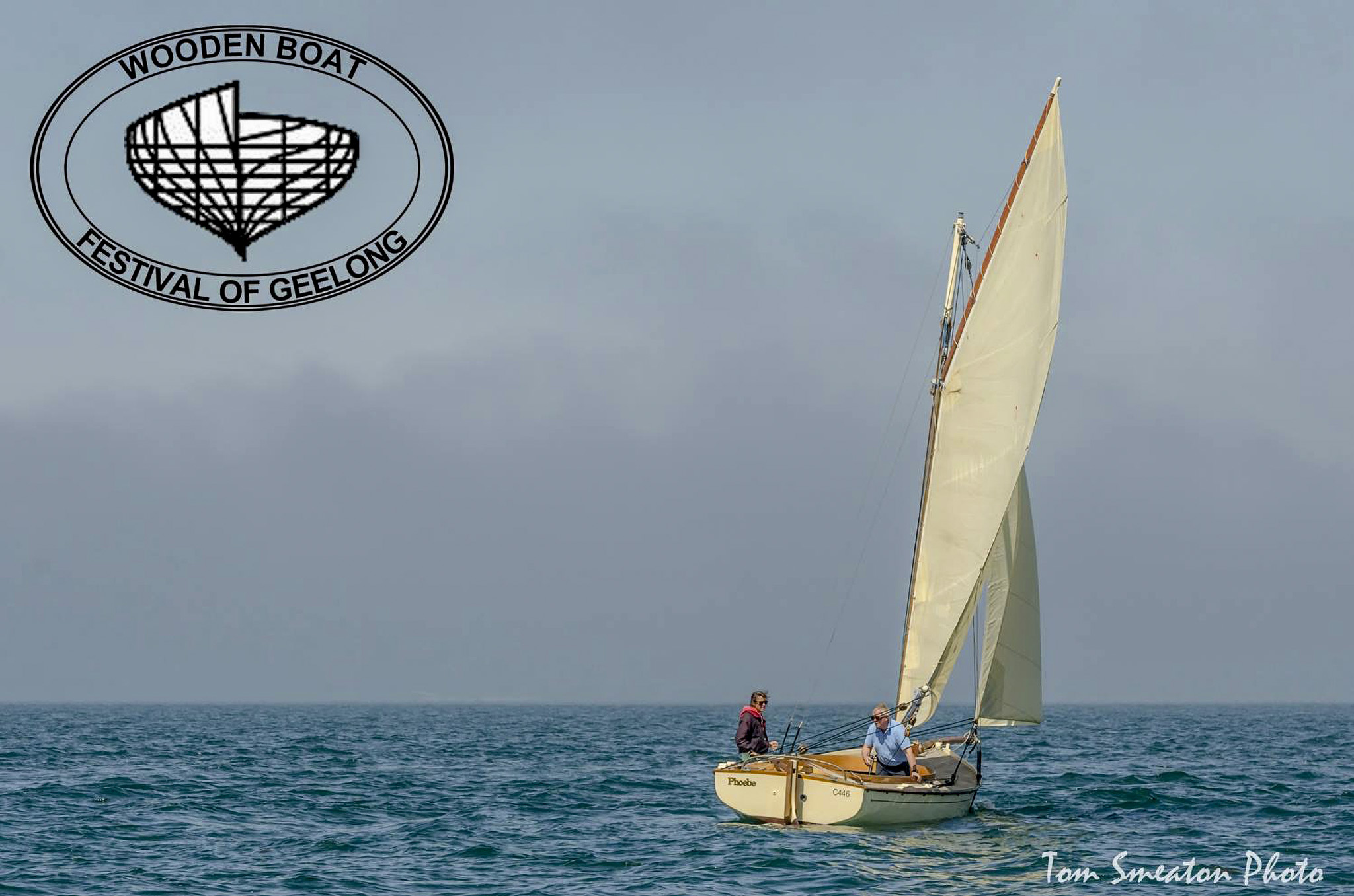 Early Years
Phoebe was built by Alec Lacco in Rosebud, Victoria circa 1935. As is the case of boats built in this era, there is no written record on the boat’s history. However, as she is Lacco built, it is most likely that she was built for fishing on Port Phillip, Victoria.

In more recent years, boat repairers who have worked on the boat have observed that she was built as an engine-powered boat, as seen in the design of her hull. They also observed that the timber used in the original construction was New Zealand Kauri. Former owner Terry Robarts reported an interesting aspect of construction in that the hull planks run the full length of the boat without joins.

There is no trace of Phoebe’s location until her deteriorated hull ended up being stored at C Blunt Boatbuilders in Williamstown, circa early 1990s. The owner at the time had intended for Blunts to carry out major repairs, but the costings were more than he anticipated. Hence, she remained in the yard for approximately six years until she was sold to Terry Robarts.

Custodian: Terry Robarts; Late 1990s – 2014
In the late 1990s, the hull was sighted by Terry whilst visiting Blunt’s boatyard. Although not a sailor, Terry had always admired the shape and lines of Couta Boats and had wanted to own one. When the opportunity came his way, he purchased the hull and for the next seven years, over weekends, he worked on stripping and cleaning her out, preparing her for a serious restoration. Terry says that the process of working on and maintaining the boat brought him great satisfaction.

Phoebe was extensively repaired, first by Blunts who cut the slot and fitted her with a centre-case, then by Richard Blake who rebuilt the deck, coamings, interior and spars. As Terry declared:

Once the boat was relaunched, she was moored in front of Blunt’s Boatyard in Williamstown for about two years, from where Terry used her for recreational sailing. In the mid 2000s, Terry decided to move Phoebe to a mooring at Flinders on Western Port, Victoria where she remained until 2014. Greg Blunt, accompanied by a few sailor friends, delivered Phoebe to her new home, while her then owner Terry followed the journey via the coast and viewed her progress from various coastal points.

Greg clearly recalls that, due to strong winds, the two day journey was undertaken under motor rather than under sail.

On the journey to Queenscliff one of the high pressure fuel lines burst, forcing us to assemble a jury-rig on the fuel system; we limped into Queenscliff where repairs were carried out. On the second day, from Queenscliff to Flinders, again, she was under motor. There was a big swell but we picked the tide and motored through The Rip, Port Phillip in slack water. The swells were so big that from the shoreline Terry could only see about two foot of the mast.

About 16 nautical miles from Flinders, the crew noticed the sea suddenly breaking, which indicated possible danger in the form of either shallows or a reef; it occurred again, closer to Flinders. Among the local fishermen, this is a well-known but an unexplained phenomenon. In each case, Phoebe quickly changed course to avoid any danger.

Although Phoebe was sailed in an occasional race with the local Flinders Yacht Club, her owner faced the reality that she was not being used sufficiently to justify the annual expenditure on maintenance. So the boat was taken to Westernport Marina at Hastings where she was advertised ‘For sale’. Terry recalls his final sail on Phoebe from Flinders to Hastings:

We were sailing, initially, but then the wind blew up and Phoebe proved to be a very seaworthy boat; she was excellent. There was never any fear that we might be in danger.

Custodian: Graeme Ritchie; 2014 – Present
Former blue water yachtsman and past Commodore of Royal Geelong Yacht Club (RGYC) 2007 – 2009, Graeme Ritchie became the new owner of Phoebe in 2014. Over the years, Graeme had competed in numerous offshore races including the Sydney Hobart Yacht Race, and has held various administrative roles in yachting organisations. Suffice to say, he is an experienced yachtsman.

After many years of serous yachting pursuits, Graeme was looking for a sea-change; the acquisition of Phoebe was an integral part of his retirement plan.

For a time, Phoebe was moored at RGYC until she was located to a swing mooring in front of the Queenscliff Lonsdale Yacht Club. When time permits, Graeme uses Phoebe mainly for recreational fishing but, after all his years of sailing offshore, he no longer seeks to venture beyond the Port Phillip Heads and to deal with the strong tidal flow; he is content to seek fishing grounds in the Queenscliff locale. But, of late, Graeme has found it difficult to find the time to pursue his recreational fishing.

Any flathead I have caught, to date, would have to be the most expensive flathead on the planet!

In the time in which he has owned Phoebe, Graeme has enjoyed participating in the biennial Geelong Wooden Boat Festival.