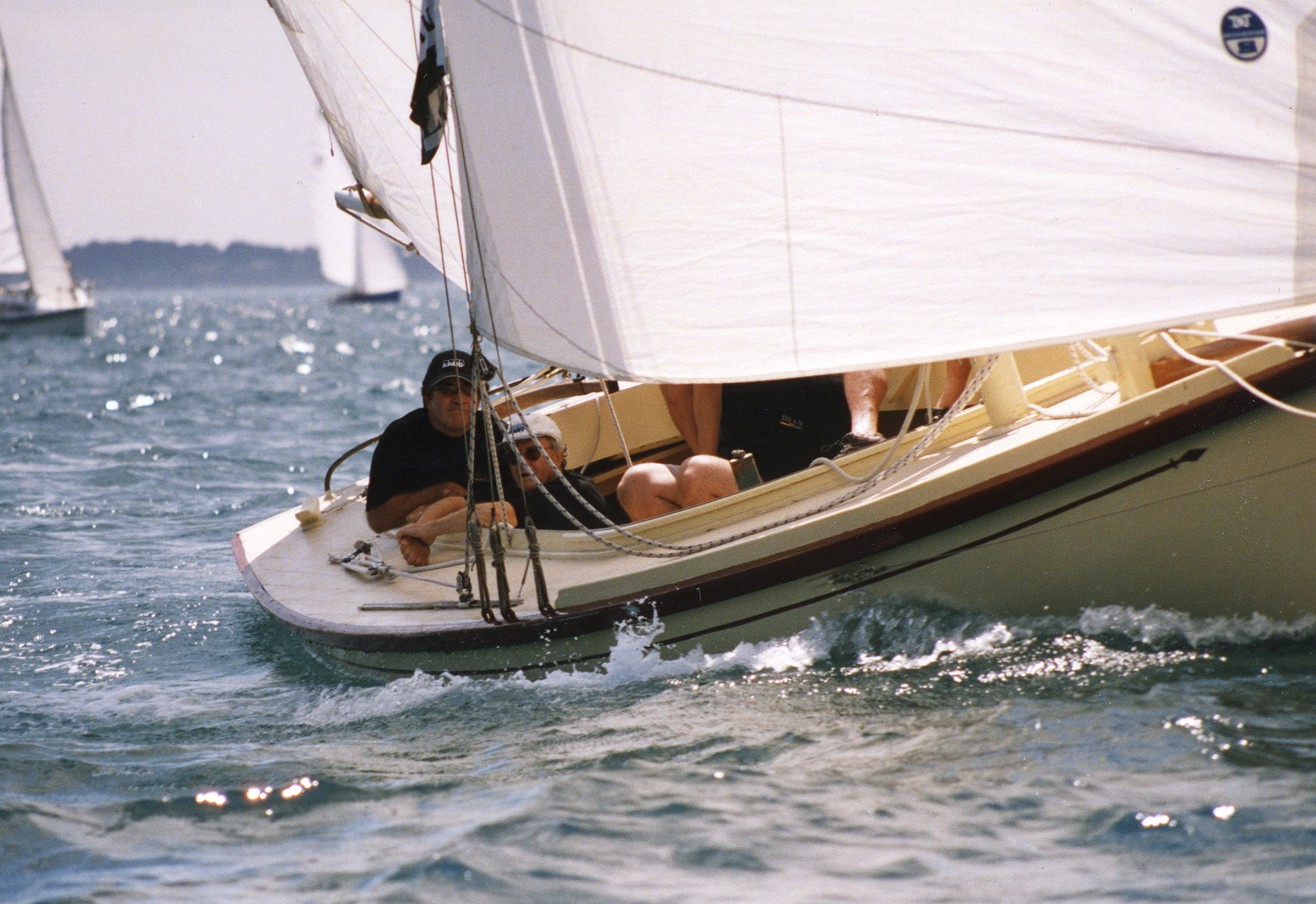 Custodian: Jeff Severn; 1946 – 1977
Originally named Colleen C55 was built by Jeff Severn around 1946, just after World War II when materials were in short supply. He designed her and had Jack Savage check the plans for him. As he was from Western Port where Couta Boats were used as working vessels, Jeff also showed the plans to boatbuilder Jack Norling. Paris was not fitted with a jibboom.

Custodian: Marcus Burke; 1977 – c1983
Collen was purchased by Marcus Burke around 1977. Tim Phillips of the Wooden Boat Shop, Sorrento found her on a mooring in Hastings, Victoria on Western Port and Marcus purchased her from Peter, the brother of Ron Bibby, the boat builder who did some work on Tim Phillips’s H28 Matalita in the late 1960s. Ron still goes into the Wooden Boat Shop (WBS) from time to time.

Tim Phillips sailed around with the Burke’s to Port Phillip from Western Port, as they had no ocean experience at the time. At the beginning of their trip from Western Port, they saw the iconic Victory, with a fishing party on board, out near Phillip Island. Tim was sleeping under the deck and heard Peter call out from above deck:

Take a look at this – the Victory!

Custodian: Jamie Spencer; c1983 – 1987
Custodian: Robert Finklestein; 1986 – 1989
Custodian: Chris Morris; 1989 – Mid 1990s
Custodian: Malcolm Bristow; Mid 1990s – 2005
Between 1983 and 2005, Colleen had a succession of owners. She also had a name change to ‘Paris’. At the time when Malcolm Bristow became the custodian, he received an inheritance and had a choice of a trip to Paris or buying a Couta Boat. When Malcolm chose a Couta Boat in preference to the trip, he fittingly renamed Paris to Coutabeen Paris!

Custodian: John Dryden; 2005 – Present
In 2005, Coutabeen Paris or as she is now referred to as Paris was sold to John Dryden who renmaed her ‘Paris’.

John has raced her for many sailing seasons out of the Sorrento Sailing Couta Boat Club, and with great success, including 1st Handicap, Division 2, in the 2010 CBA Portsea Cup.

Our family is enjoying racing and sailing Paris C55 for recreation and fishing off her most summers and autumns. Many endless days are filled with fabulous times having on board picnics, catching flathead and squid and also diving for scallops.

John Dryden remains the Custodian of Paris and  looks forward to racing her in the 2021- 2022 Season.