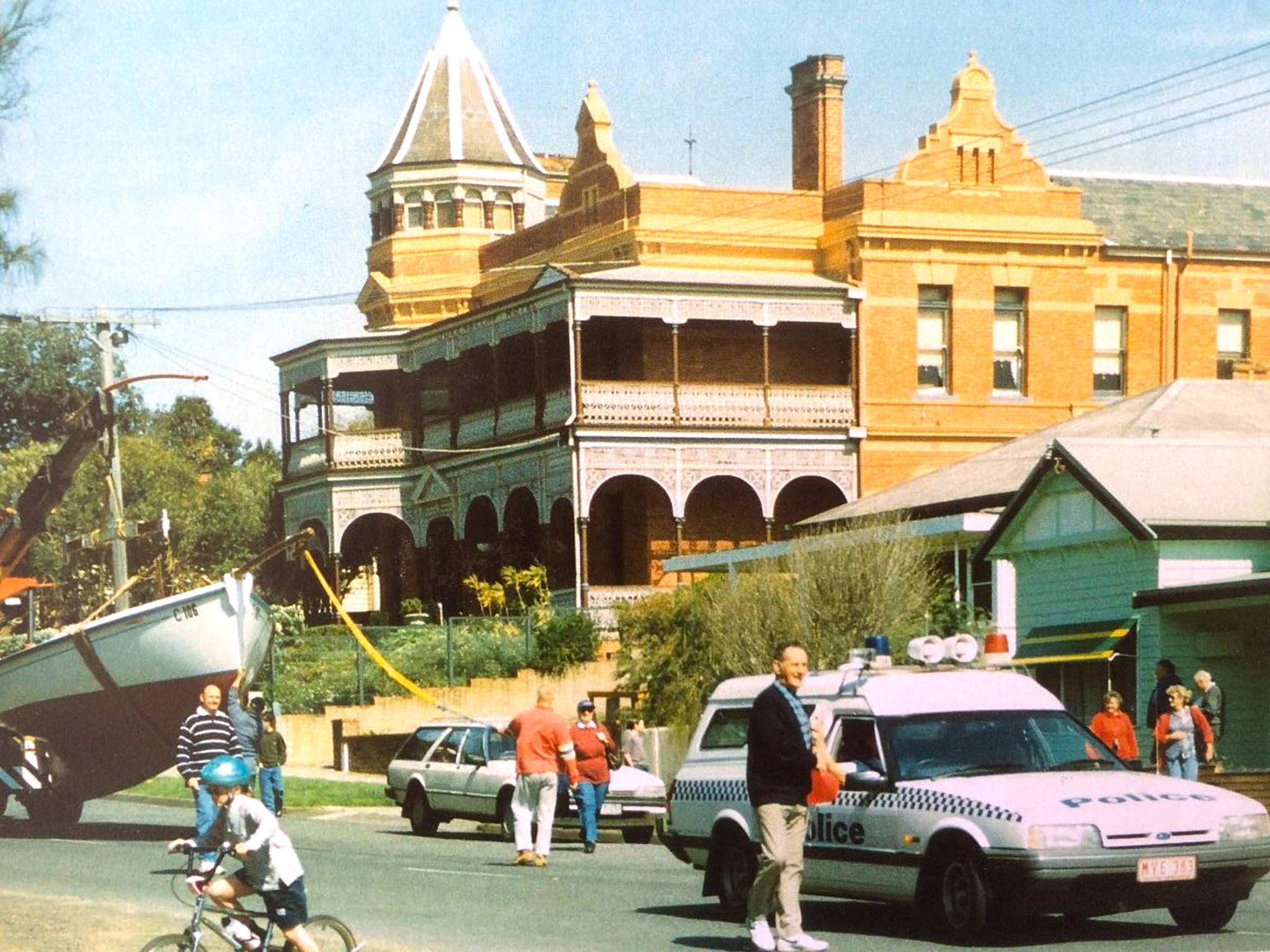 Custodian: Ray Lawrence; 1996 – 1999
The construction of Muriel Elizabeth commenced in 1995. She was built by Ray Lawrence in Queenscliff, Victoria in 1995 from a 1924 master design by Mitch Lacco. Ray worked at Cayzer Boats in Queenscliff where he honed his boatbuilding skills. He built the boat to the standard length of 26 foot, and her design was modified from the plans of April C170.

The boat was launched in 1996 and was named Christabelle, in honour of Ray’s son Chris who tragically died in a car crash. Ray didn’t race the vessel.

Custodian: Rick Gower and Jock Lee; 2003 – 2018
Rick and Jock continued to race the Christabelle with the fleet at QLYC until approximately 2013. Then five years later, the former Christabelle was sold to Barry Walker.

Custodian: Barry Walker; 2018 – 2021
Barry took the vessel back to his farm shed and she had a total makeover with ribs all fixed, a new deck and a new Yanmar engine; the work was completed under the guidance of Tim Phillips from the Wooden Boat Shop in Sorrento. Barry says:

Because Barry’s son was called Chris, the female derivative of his name did not sit comfortably with the family, so Christabelle was renamed Muriel Elizabeth, after Barry’s mother. Having owned various yachts and competitively raced for over 50 years, Barry sailed Muriel Elizabeth at QLYC and Royal Geelong Yacht Club, Victoria.

Custodian: Matthew Evans and Chris Harper; 2021 – Present
In March 2021, Barry sold the boat to Matthew and Chris who intend to sail her, both socially with family and friends, and race her at QLYC and Sorrento Sailing Couta Boat Club.