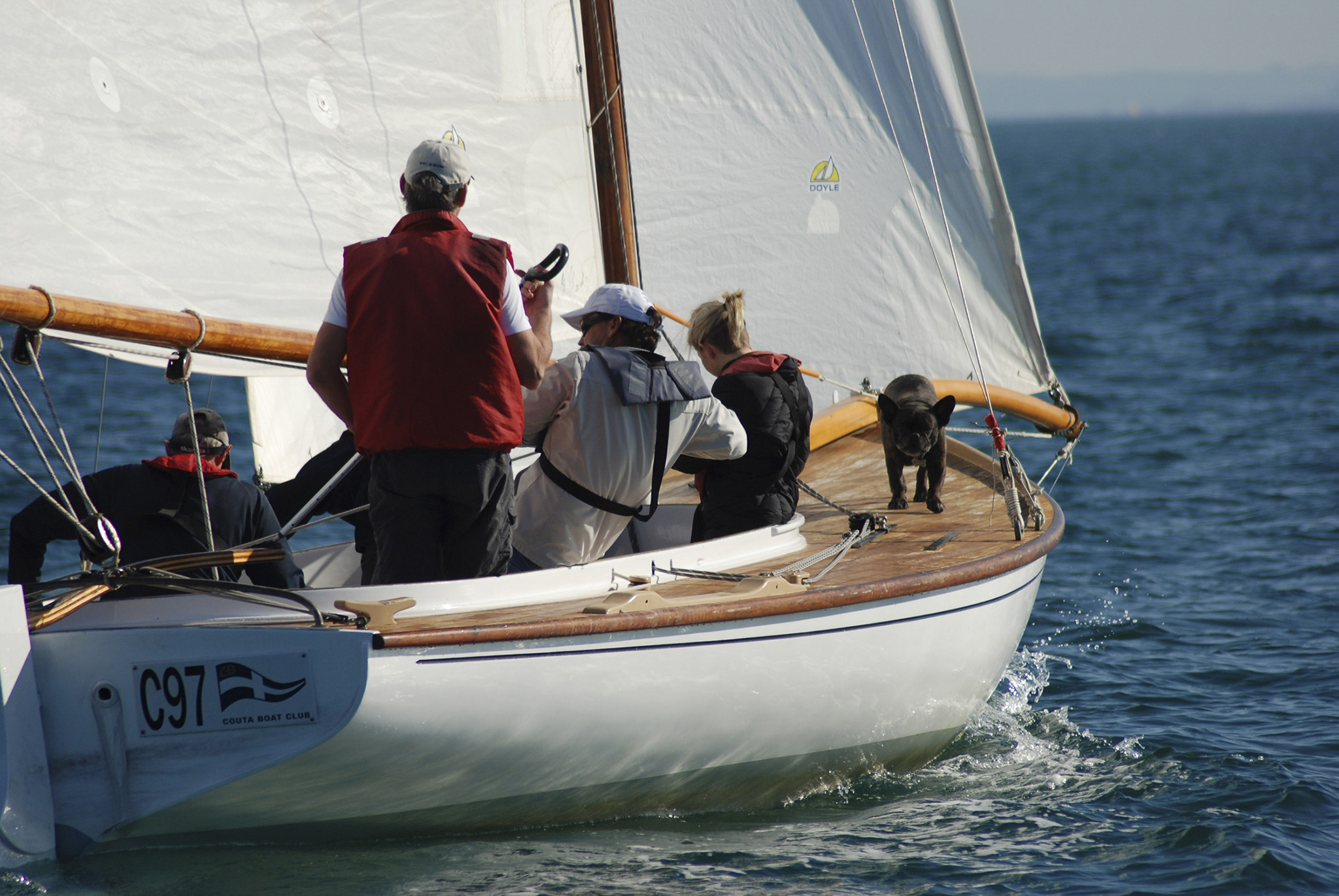 Custodian: Jeffrey Richardson; 1997 – 2015
Margarita was built in 1997 at the Wooden Boat Shop (WBS) in Sorrento, Victoria. She was commissioned by Jeffrey Richardson and was originally named C97. Her build mirrors Wagtail lines, with a maximum beam and minimum draft.

She was constructed by the WBS with Jeffrey and friends, including the late David Bishop, assisting. Their work included the clenching of all nails, fastening of planks, sanding, epoxy filling and painting of the entire boat. They manufactured the centre-plate and cast all the ballast from second-hand roofing lead in a foundry that was owned by the late Alan Luxmore. Vale David. Vale Alan.

She is planked with King Billy Pine, Celery Top ribs and has a Queensland Beech deck.

After 18 years of successful sailing, Jeffrey was looking for another challenge and decided to commission a new boat, so C97 was sold.

C97 had a proven race record, particularly in the late 1990s. After being purchased, work was undertaken on the centre-plate, the rigging, and new sails were acquired. Margarita continues to be regularly campaigned in Division 1 out of SSCBC and has remained competitive at the front of the fleet.

According to some observant competitors, Margarita’s true potential seems to be on show when she is steered by James’ son, Harry….