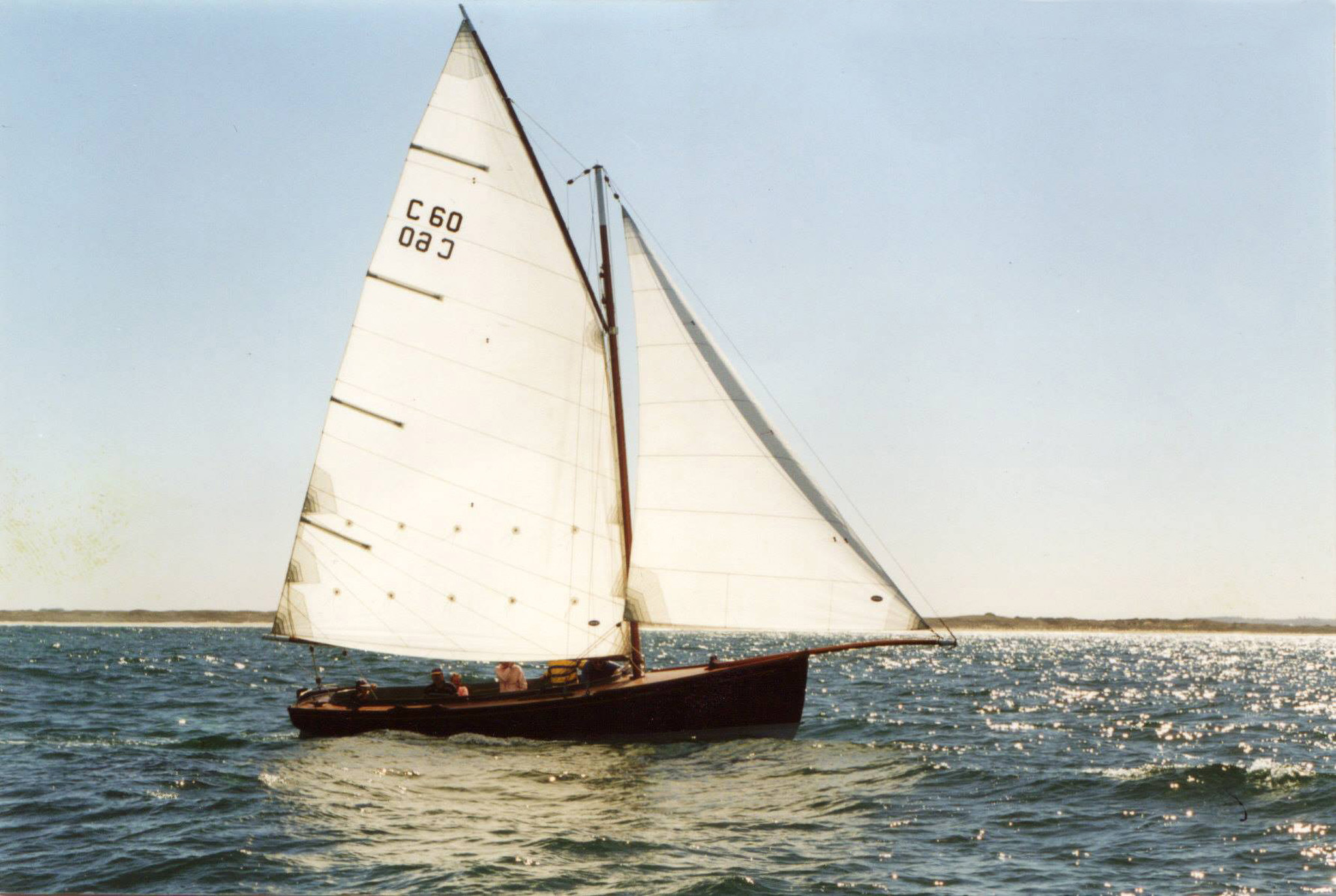 Custodian: Garry Stewart; 1995 – Present
Legend was designed and built by Garry Stewart, a boatbuilder in Port Fairy on the south-west coast of Victoria, who fulfilled his long held desire to build a Couta Boat. As a local, Garry had observed the design of a number of Couta Boats fishing out of Port Fairy, so he built Legend along the lines of the older and fairly deep, wedgy-style boats, including the historic Thistle. She is 27 foot in length.

Her hull and deck were built of Celery Top, her keel of Jarrah, and her ribs were out of Merbau. Her construction was undertaken over a two year period, in any spare time that Garry could find. Garry completed the build in 1995 and named the boat Legend; he regards all Couta Boats as ‘legends’. Coincidentally, the very next day after Legend’s launch in the Port Fairy Marina, a big timber yacht named Legend came into the marina overnight from Adelaide and berthed immediately in front of the newly built Legend. Garry was reassured that his boat was aptly named.

Legend has been used by Garry primarily for fishing: snapper, King George whiting, gummy shark and further afield, for tuna. She is also used for the occasional, competitive sail. In past years, some sailing has extended to a few Warrnambool returns with the Port Fairy Yacht Club keel boat fleet and, from time to time, sailing as far as Portland to compete in the Admella Regattas against the local Couta Boats, namely: Ariel C23, Rosebud C13 and Jessmar C53.

If the weather was favourable on the return trip, a highlight of the Portland journey was to stop off at Lady Julia Percy Island which lies six kilometres off the coastline, anchoring in a small cove where there was often a colony of seals to view. Garry declares that as Legend is a deep-drafted boat with good freeboard forward; she handles the rough conditions along the south-west coast very well.

Legend is berthed along the wharf in the Moyne River at Port Fairy where she is a feature of historical interest in the daily tours organised by the Local Historical Society. For visitors to Port Fairy, she is a constant reminder of the significant contribution Couta Boats have made to the local fishing industry.