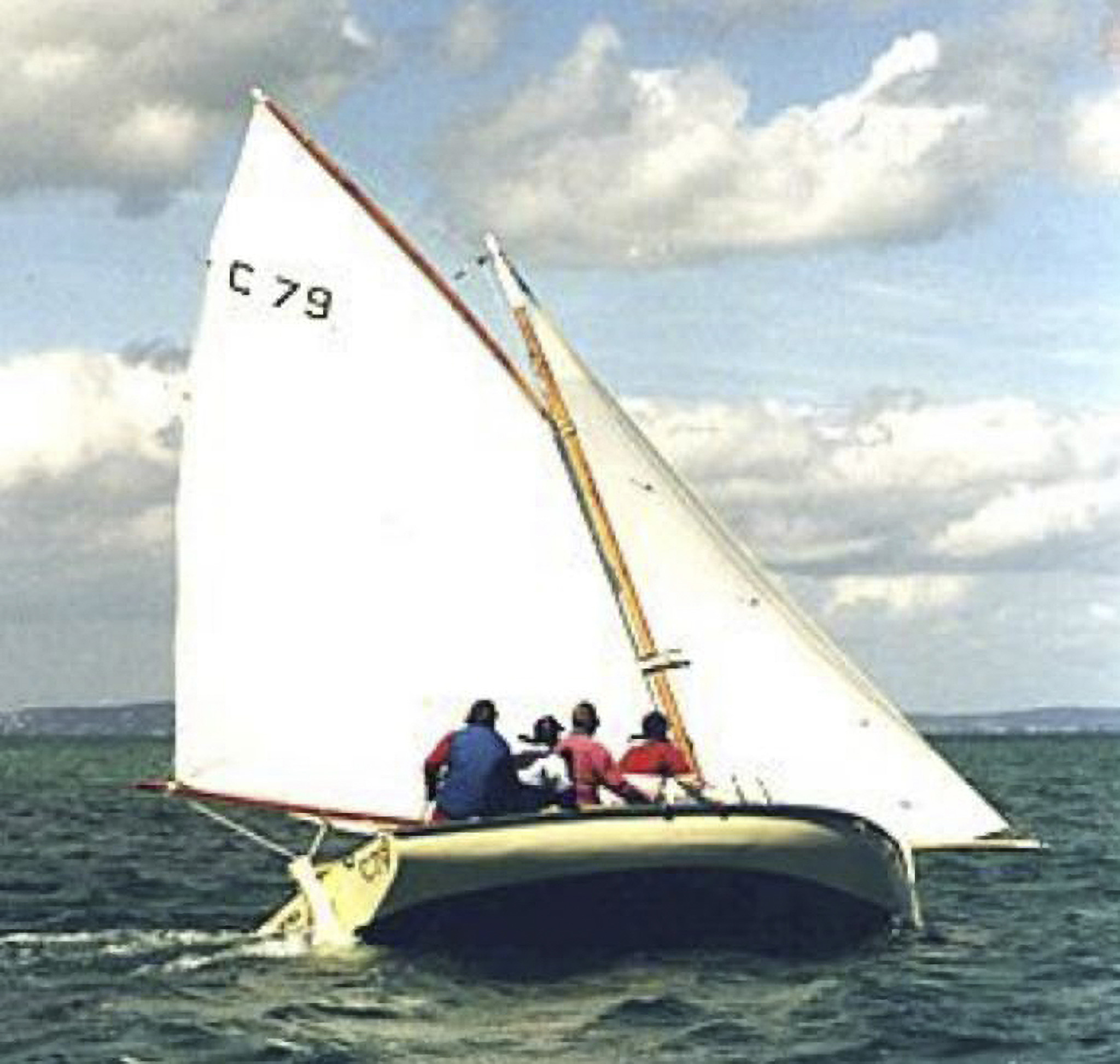 Early Years
Built by Ken Lacco at Rosebud, Victoria in 1939, there are no written records of Lavina’s early years. It is likely she was part of the Couta Boat fishing fleet operating out of Apollo Bay and Lorne, Victoria. However, due to the decline of the fishing industry along the south-west coast of Victoria in the 1960s, it is possible that Lavina returned to Port Phillip where, later, she was  purchased by a local from Portarlington.

Custodian: Dennis Kent; c1980 – Early 1980s
Custodian: Mark Novak; Early 1980s
For a brief period, Dennis Kent was Lavina’s custodian. Then in approximately 1980,  she was sold  to Port Melbourne fishing inspector, Mark Novak. Mark wanted a centre-case installed in Lavina so he took her to Port Melbourne fisherman and boatbuilder Dugga Beazley. Mark and Dugga had previously encountered each other in the Magistrates Court over Dugga’s alleged breach of fishing regulations, but that did not deter them from forging a friendship during the refit of Lavina.

Custodian: Unknown; Early 1980s
After some years, Mark Novak sold Lavina but the identity of the new owner is not known, nor is her history during this period.

Custodian: Chris Canty; Unknown – 2011
Another Sorrento local Chris Canty, became the new owner and sailed Lavina out of Sorrento Sailing Couta Boat Club for a few years, until he sold her in 2011.

Custodian: Simon Trumble; 2011 – Present
When the current owner Simon Trumble purchased Lavina, he immediately transported her to a swing mooring just off his jetty at Shaving Point near Metung, located on the Gippsland Lakes. Simon describes Lavina as:

A beautiful boat and delightful to sail, although by no means the quickest in Metung’s fairly small fleet of Couta Boats.

In 2019, she had a podium finish in the Metung Hotel Classic. Simon occasionally races Lavina, but he uses her more regularly for social sailing over summer and to leisurely putt-putt on the water in the immediate vicinity of Metung. She is moored at the jetty in front of Simon’s residence, but that did not deter a reckoning with the elements on one windy day:

Lavina was straining hard on her swing mooring at Metung. The mooring was being dragged from its attachment to the bottom. Later that day, at about 7pm, the rope of the mooring broke and Lavina drifted off down Lake King. Someone who recognised the boat phoned the local publican who had a boat that could undertake the rescue.

Fortunately, the wind had dropped to calm conditions and after drifting about 400 metres, Lavina was safely towed back to the jetty.

In 2021, a new swing mooring was installed with a stronger rope attached to the chain and Lavina is now securely attached to that mooring.