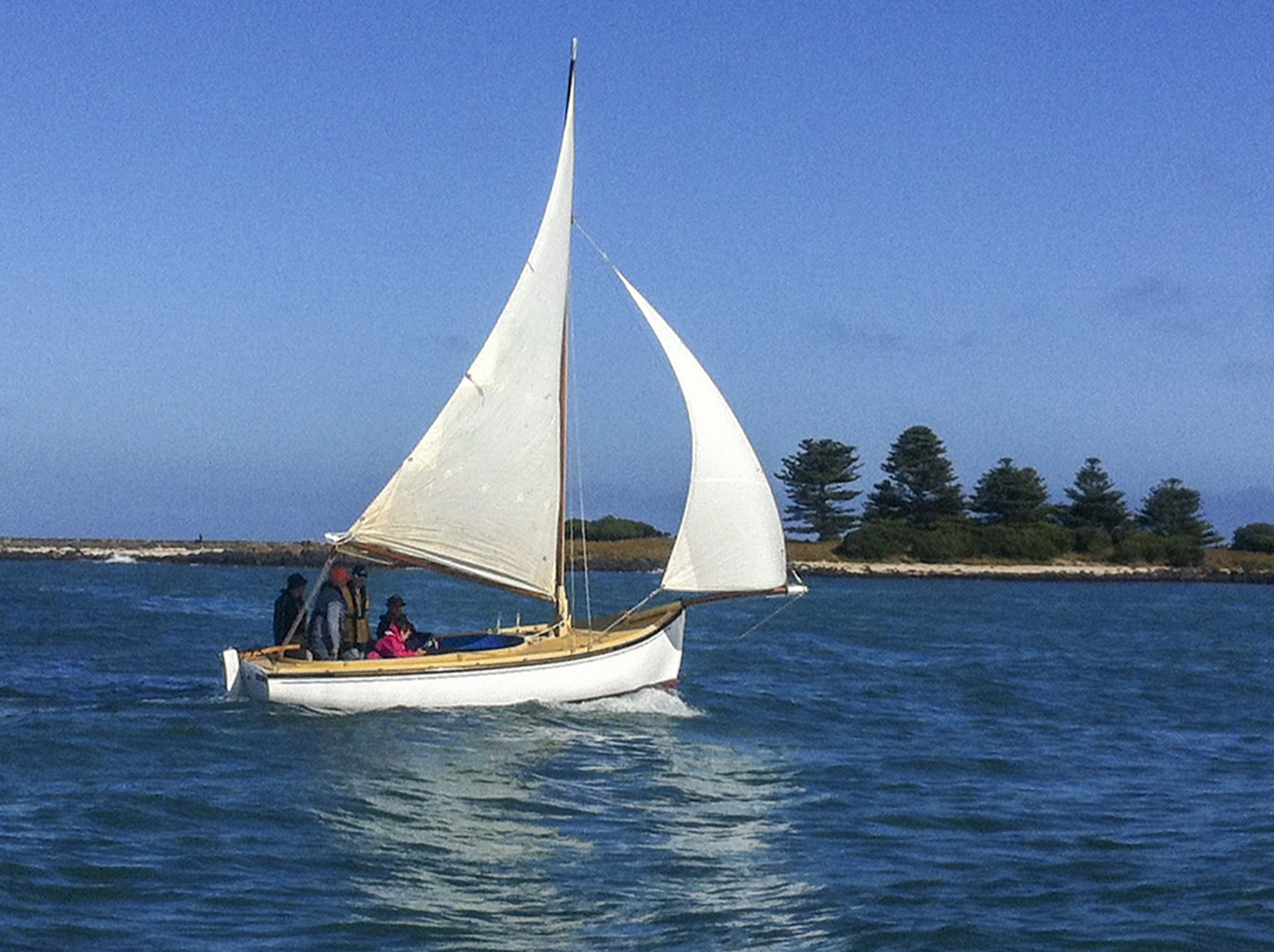 Custodian: John (Jack) Beazley; 1991 – 2014
Heritage was built by well-known Queenscliff identity John (Jack) Beazley in his home backyard in 1991. Jack was a Master Shipwright at the Port Phillip Sea Pilots in Queenscliff, Victoria where, with work colleagues, he built a pilot workboat each year. He utilised his boat building skills to construct Heritage. She is carvel planked and 19 foot in length.

Jack comes from a long line of fishermen who have commercially fished in the Queenscliff vicinity since the 1860s. He is the grandson of Walter Todd who fished out of Queenscliff between 1890 and 1940 and the nephew of Jocka, who both fished and played for the Geelong Football Club. Family folklore records that Jocka played in the 1923 Grand Final at the Melbourne Cricket Ground, which Geelong won. After the match, Jocka caught the train from Melbourne back to Geelong, then travelled in his old square Dodge motor car from Geelong back to Queenscliff so that he could start fishing at the normal time of 2 am. Such toughness and resilience were common traits in the Couta fishermen.

Jack used Heritage to fish locally, mainly for pike, flathead and yellowtail. He also towed ‘couta lines. Heritage did not compete in any organised racing events out of Queenscliff but was sailed for recreation.

Custodians: Ken Dusting and Peter Ryan; 2014 – 2015
Heritage was purchased in 2014 by Port Fairy local, Ken Dusting, a member of another well-known fishing family whose forebears settled along the southern coastline of Victoria. Soon after Ken’s purchase, recently retired local Peter Ryan bought a half share in Heritage. The condition of the partnership was that Ken would teach Peter to sail. The pact was upheld.

Custodians: Peter Ryan and Chris Morris; 2015 – 2016
Ken moved out of Port Fairy in March 2015 and another local sailor, Chris Morris, bought Ken’s half share and assumed the role of assisting Peter to hone his sailing skills.

Because there were so few Couta Boats in Port Fairy at that time, there was no formal racing competition to enjoy. Hence, Heritage was used principally for recreational sailing, often venturing along the coastline towards Portland and east towards Warrnambool.

Custodian: Peter Ryan; 2016 – Present
In December 2016, Chris Morris withdrew from the partnership, leaving Peter as the sole owner of Heritage. Peter graduated to being a solo sailor but he ensures he takes precaution in rigging Heritage in the calm of the harbour before he reaches the open sea. If a strong wind is predicted he will then take onboard a crew.

Peter is also a keen fisherman and frequently uses Heritage for fishing, the target catch being King George Whiting, flathead and snapper. On occasion, he might sail a few nautical miles off the coastline where the water is deeper. But for Peter, these fishing expeditions in Heritage are very much dependent on the weather and his feeling at the time.

Heritage has a traditional lug rig, making her easy for a solo sailor; she is also fitted with a tabernacle mast. Because she was originally built for fishing, Jack added an extra plank below the coaming to give her more freeboard. Originally, Heritage’s hull was white, but Peter has painted her a subtle yellow. Her deck has a fiberglass coating, thus providing some protection from water dripping into the hull.

From time to time, a number of the Port Fairy Couta Boats including Heritage will go out for a recreational sail and invariably some form of race will take place. As Peter says:

When you get two boats on the water it turns into a competition!

Heritage remains berthed in the Moyne River in the Port Fairy Marina, Victoria.