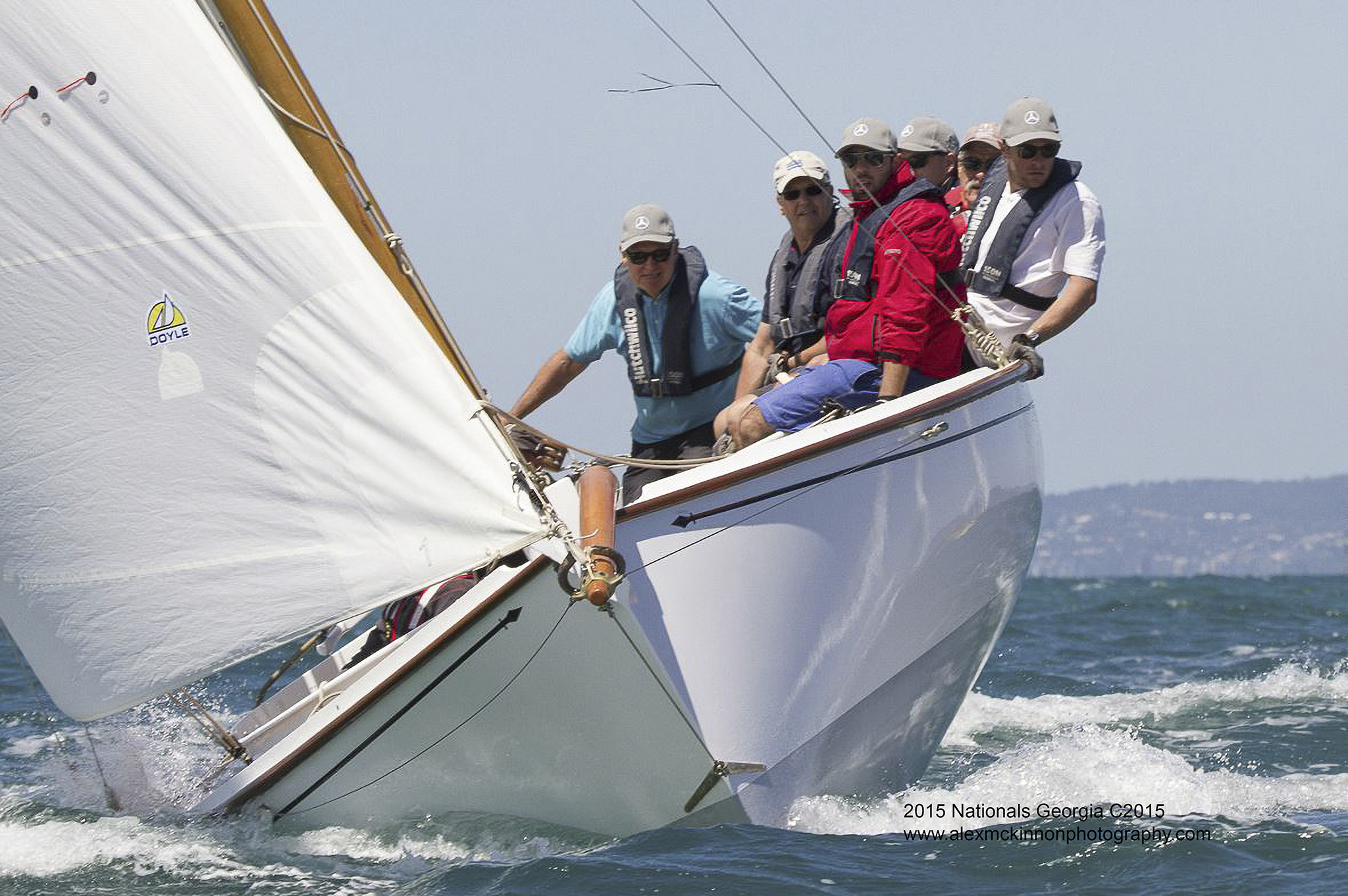 Custodian: Jeffrey Richardson; 2015 – Present
Georgia was commissioned by Jeffrey Richardson and built by Tim Phillips at the Wooden Boat Shop (WBS), Sorrento, Victoria in 2015. She was one of three boats built as a design to win regattas. The ‘regatta boats’ Georgia, Jocelyn and Bella were all constructed sequentially at the WBS.

Having previously owned and successfully campaigned C97 out of the Sorrento Sailing Couta Boat Club (SSCBC), Jeffrey looked for a new challenge; the build of Georgia provided this new focus. He named her after his young daughter.

She is constructed of Cedrela. Her keel is of Stringy Bark while the jibboom and boom are of laminated Oregon.

Immediately after her build, Georgia was loaded on the back of a semi-trailer, transported to Sydney and launched on Sydney Harbour in October 2015, in readiness to compete in the Sydney Amateur Sailing Club Regatta events and the Couta Boat Nationals, conducted on Sydney Harbour and Pittwater.

The crew on Georgia comprised individuals who had sailed on C97, with some additional SSCBC members. One described the sail through Sydney Harbour Heads into the open sea, up to Barrenjoey and around into Pittwater for the Nationals, as tricky at first, in contending with the huge volume of water traffic on the Harbour, but;

Just magical when out in the open sea, and with a different vista to Victoria’s Port Phillip.

On her return to Victoria in early November 2015, Georgia competed in the annual Cup Regatta conducted by the Classic Yacht Association of Australia (CYAA) out of Royal Yacht Club Victoria at Williamstown, Melbourne. By then, the teething problems that inevitably come with the launch of a new boat had been sorted and Georgia was successfully campaigned in a number of events. She also returned to the top end of Port Phillip for the CYAA regatta in November 2016.

Since early 2016, Georgia has been sailed by Jeffrey and his crew in the Division 1 fleet out of SSCBC, where she is moored. In the five sailing seasons she has been campaigned, she has performed credibly; she won 1st Handicap in the 2018 Portsea Cup and was placed 2nd Handicap in 2021. The final accolade for Georgia in the 2021 summer season was winning Division 1 Handicap in the Club Aggregate Race Series.