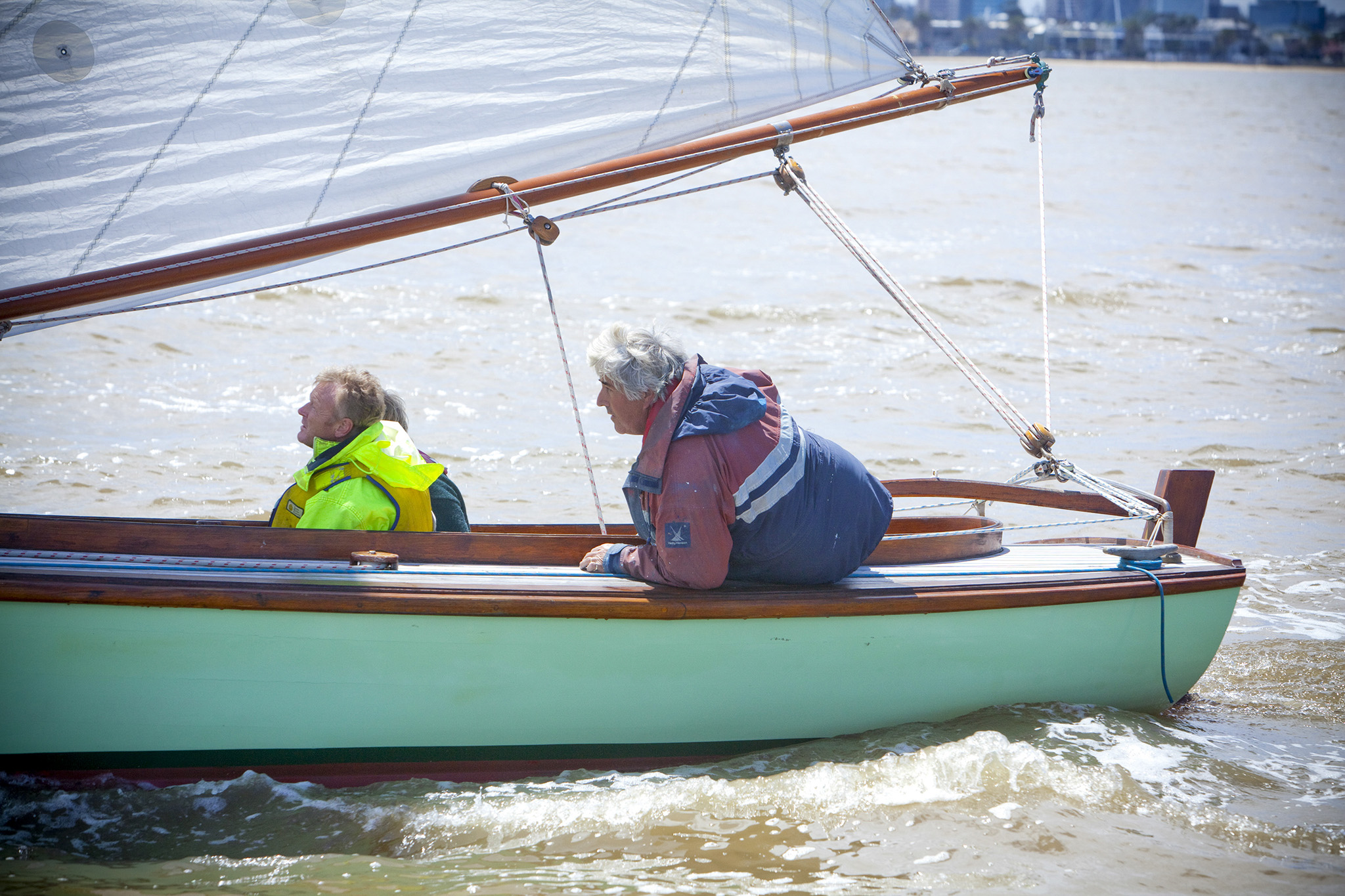 Early Years
Eva was built in 1910 by Frederick Blunt in Williamstown, Victoria on a slip previously operated by the Blunt family where the Williamstown police station stands today. She was built for ‘Nugget’ Hegarty Snr who fished out of her professionally.

Custodian: ‘Nugget’ Hegarty Snr; 1910 – 1950s
Eva is 24 foot 4 inches in length. Her planking is New Zealand Kauri with the keel and stem of Western Australian Jarrah. The current decking, which is not original, is White Beech.

In the early years of Nugget’s custodianship, it was well known among the Williamstown fishing fraternity that some colourful characters from Collingwood went fishing on Eva. This period was the 1920s when the Melbourne underworld gangs were rife. One such character was the renowned Squizzy Taylor and another was known to carry a gun. They would take on-board a ‘niner’ keg of beer, but folklore asserts that the character with the gun always remained sober for the duration of the trip. Nugget was reputed to continue this practice for some years.

Nugget Jnr continued in the family tradition of professional fishing, as did his son. But after a span of three generations in the Hegarty family, Eva was eventually sold to a local from Mordialloc, located in south-east Melbourne.

Custodian: Paul Blunt; 2002 – 2019
Eva found her way back to her original fishing hub of Williamstown when shipwright Paul Blunt from C Blunt Boatbuilder purchased her. Paul made the purchase quite anonymously in order to negotiate a fair price.

Under Paul’s custody, Eva underwent a considerable restoration. Her original mast, deck and ribs were replaced, and she was rigged for competitive sailing. For some years, Paul raced Eva at the top end of Port Phillip and was successful in winning numerous races in regattas held by the Classic Yacht Association of Australia.

Custodian: Ian Bakos; 2019 – Present
In 2019, Eva was sold to Ian Bakos who uses her for recreational sailing, but the connection with the Blunt family continues, with Eva permanently moored at the historic C Blunt Boatyard in Williamstown, Melbourne.

Recently, the ageing diesel engine was removed and replaced with an electric motor, taking evolution of the Couta Boat to the next level. Ian remarked:

The experience on the water is remarkable, with almost no discernable noise coming from the motor itself. It is as close to sailing without sails as could be imagined.

Ian and his family are intent on preserving Eva’s wonderful history. She has her own dedicated web page designed by Ian: http://www.seapad.com.au/classic-wooden-boats/couta-boat-Eva-gs858/

In 2021, Eva was listed in the ‘Australian Register Historic Vessels’ on the Australian National Maritime Museum website.

Today, Eva is more than 110 years old. She is one of Australia’s oldest Couta Boats and is still regularly sailed.