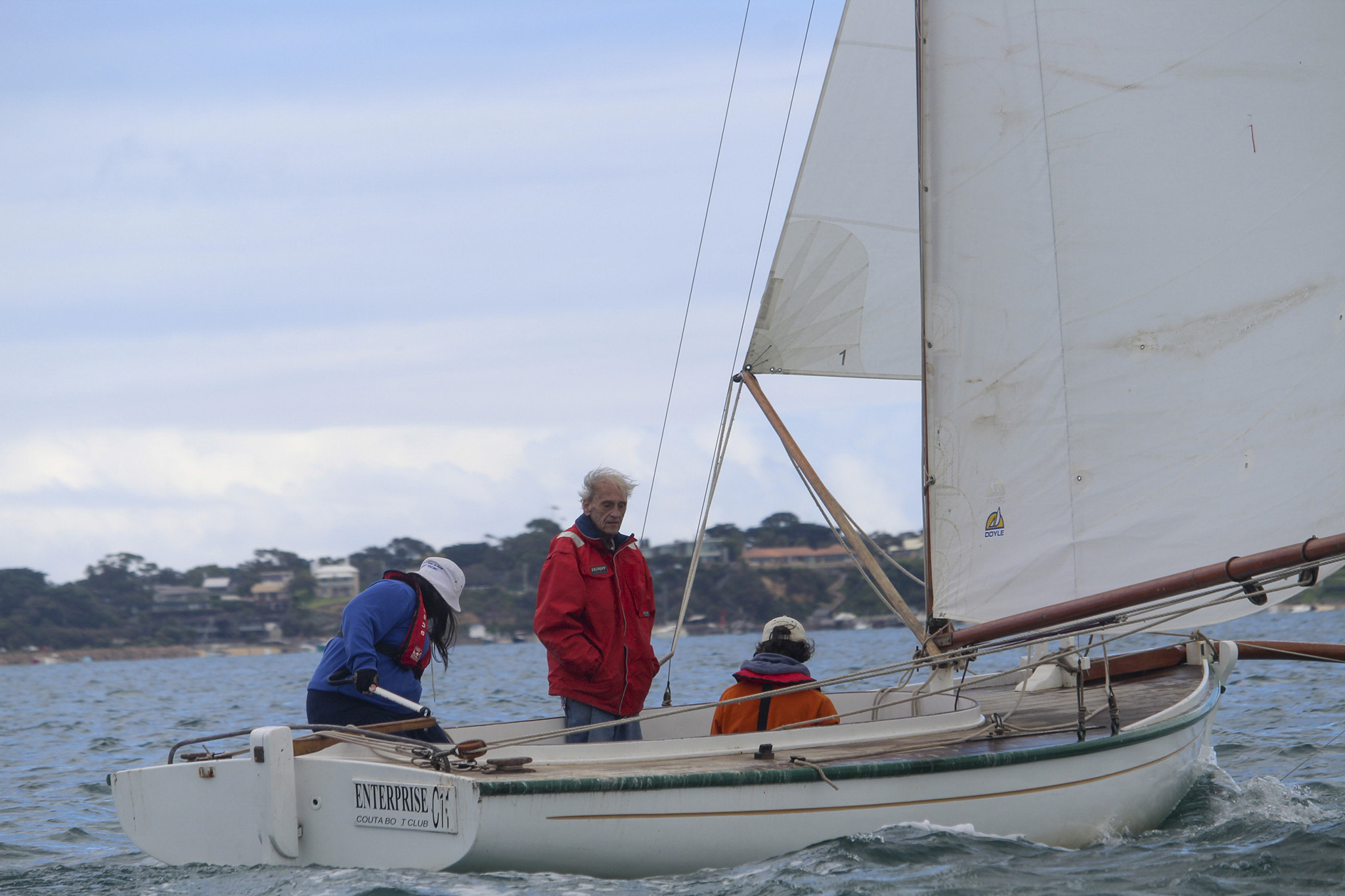 Custodian: Lloyd Williams; 1983 – 1986
Enterprise was designed by Ken Lacco and built for Lloyd Williams by Chris and Charlie Young in 1983 in Blairgowrie, Victoria. Lloyd commissioned the boat to be built as a pleasure motor craft. She was built out of Celery Top Pine.

Custodian: Nick Williams; 1986 – 1996
Three years later, in 1986, Lloyd’s son Nick became her custodian and sailed her in numerous events in the early Couta Boat fleet at Portsea and Sorrento.

Custodian: George Kimpton; 2002 – Present
Enterprise was then acquired by local Sorrento identity George Kimpton. He was also the custodian of THE TRAM which he sailed regularly, but decided he wanted another boat that was smaller and faster. Or, as one of his crew hinted, perhaps it was a mid-life Couta Boat owner crisis that was the catalyst for a change!

In the spring of 2002, during the annual maintenance period, George found Enterprise next to THE TRAM in a somewhat run-down state. Knowing the boat he purchased her for a bit of fun!

Enterprise is now moored at the Sorrento Sailing Couta Boat Club (SSCBC) and is sailed in the local regattas. She comes off her mooring when George and his crew want a change from sailing Tram, especially when crew numbers are too few to sail the larger boat.

In earlier years, Enterprise was used frequently by George and his crew for a midweek recreational sail.

The formation of the Lacco Cup series can be attributed in part to the efforts of George, as a way of promoting competition for the smaller Division 2 boats. Enterprise is a regular competitor in the series. She was also the inaugural winner of the Division 2 Next Gen Race at SSCBC.

Enterprise is regarded by her crew to be a competitive Division 2 boat for when the wind is blowing steadily and crew Emma and Bridgit sit on the windward deck to provide the optimal point of sail!