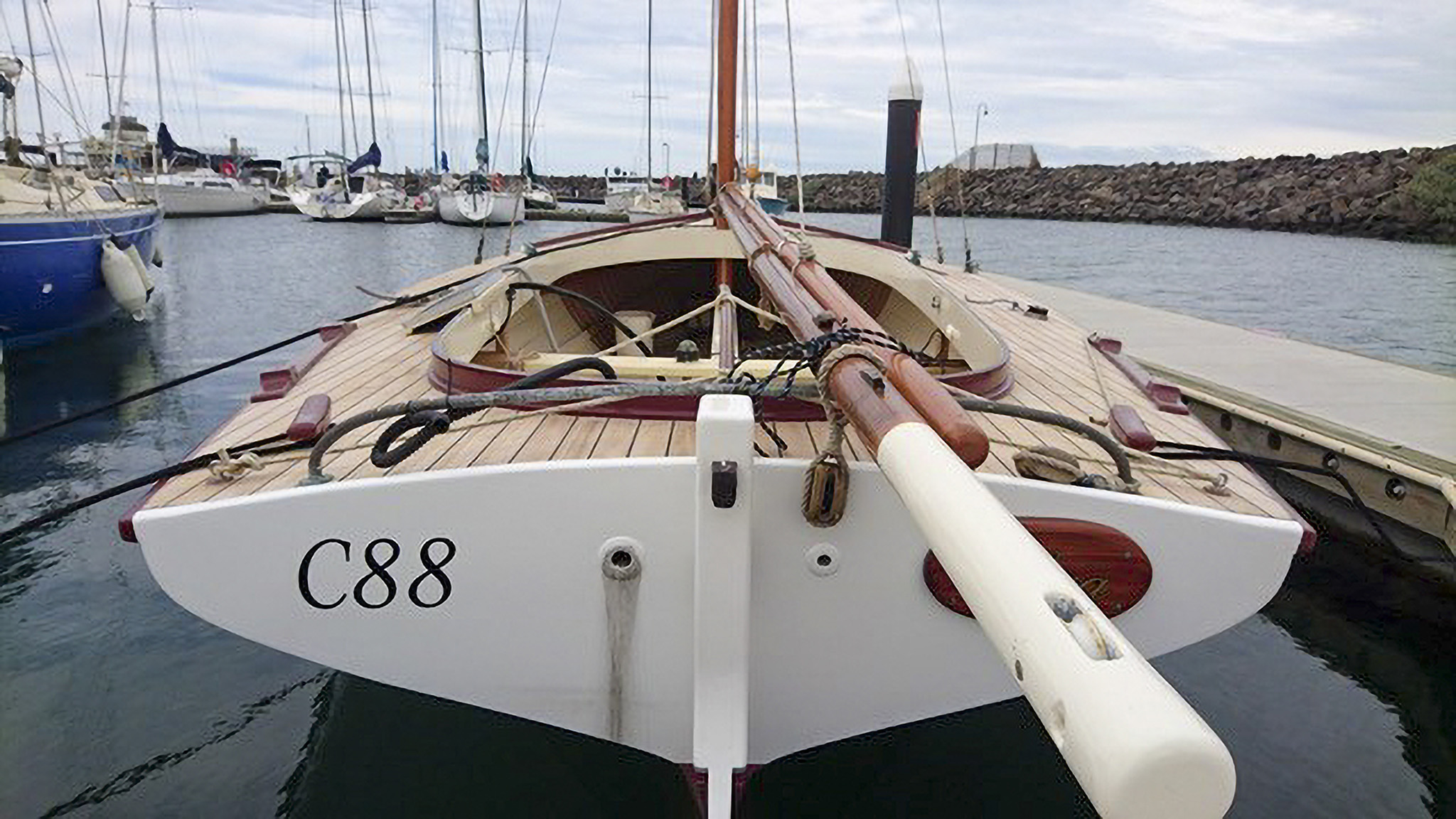 Having previously built Ajax and Hero, Will wanted to give Eliza a wine-glass transom that was much finer. She was built similar in shape to Ajax and Merlin, being full and wedgy forward but with a very fine aft, much like the old style boats such as the classic Muriel.

David said that Bob Lachal was the driving force behind the building of Eliza.

He and I had rowed river boats together many years before and more recently had spent some years together working in the forestry industry. He had helped Will build Ajax and convinced me to go ahead and build a Couta Boat in the year of the bicentennial of the landing of the First Fleet. We spent months sourcing all the timber and fittings and the building commenced under the watchful eyes of Bob and Will.

She was launched in late 1988 and moved onto a mooring off the Sorrento beach on the Mornington Peninsula. For the next 15 years, she moved between that mooring and a swing mooring inside the breakwater at St Kilda at the northern end of Port Phillip.

It took some time to get the correct trim. The fine transom meant that the ballast needed to be placed well forward and the crew needed to be forward of the thwart to achieve the maximum boat speed.

Eliza raced most summers over those 15 years. We were having a lot of fun, without much success.

Libby’s brother Stephen Gillon was involved in racing Eliza for some of this time.

Around 2003, she was brought back permanently to the swing mooring inside the breakwater at St Kilda, enjoying the northern end of the bay after such a long time down south. In 2016, Eliza was moved into a pen in the Royal Melbourne Yacht Squadron Marina.

It was a pleasure to be able to walk down the pier and step into Eliza without the need of a tender and the problems associated with that.

Eliza had a significant facelift in 2017. Richard Blake was responsible for the deck being replaced with Celery Top Pine. The floor and internal lining boards were also replaced and the engine was overhauled.

For the last five years, Tony Hoppe has been very involved in the care and sailing of Eliza. He has raced her for several years in the Classic Yacht Association of Australia (CYAA) summer and winter series, managing to win the prestigious Stradbroke II Trophy in 2018 at the annual CYAA Regatta.