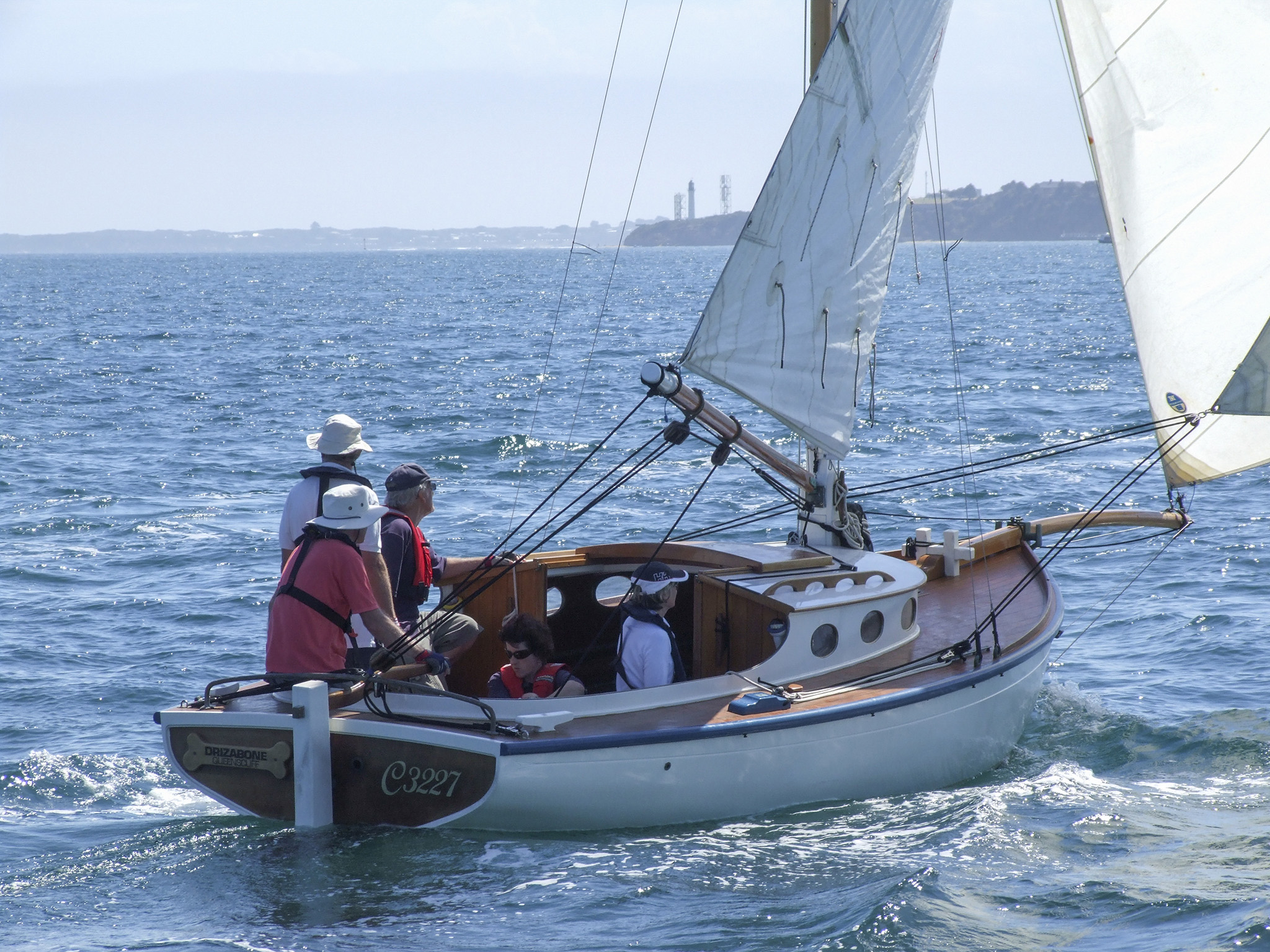 Custodian: Courtney Dalton; 2008 – 2010
Drizabone was built in 2008 by Brett Almond and her first custodian, Courtney Dalton. She was constructed at St Leonards, Port Phillip and at Connewarre in Victoria, and was built off the mould of Kitty Miller C126, which Brett designed and built in 2000.

Brett built Drizabone’s hull, then over the next two years mentored Courtney through the build and the interior fit, to the time of Drizabone’s launching and first sail. They were assisted on a regular basis by present day crew member, Andrew Giles.

Drizabone was launched in February 2009 and her sail number corresponds to the Connewarre Post Code of 3227. She is 22 foot 4 inches in length. Somewhat unusual for Couta Boats, Drizabone was fitted with a small cabin which provides additional weather protection for the crew when conditions are inclement.

She has a 6 foot long jibboom, a maximum beam of 9 foot 4 inches and draft of 2 foot 6 inches with plate-up and 5 foot with plate-down. She weighs approximately 2.5 tonnes including ballast and fuel. Her hull is carvel planked and built of Celery Top Pine, the deck is double-layered Cedar and Celery Top Pine, the cockpit floor is Celery Top Pine, the keel is of Iron Bark, the jibboom is of Black Butt, and spars of Oregon Pine. She is powered by a 3 cylinder 18hp Volvo Penta diesel engine.

In the years, 2008 to 2010, when Courtney Dalton was her custodian, Drizabone raced with Queenscliff Lonsdale Yacht Club (QLYC) and occasionally in the fleet at the Sorrento Sailing Couta Boat Club; she achieved some success, including Line Honours in Division 2 in the prestigious Portsea Cup.

Drizabone has always been, and continues to be, penned at Queenscliff Harbour.