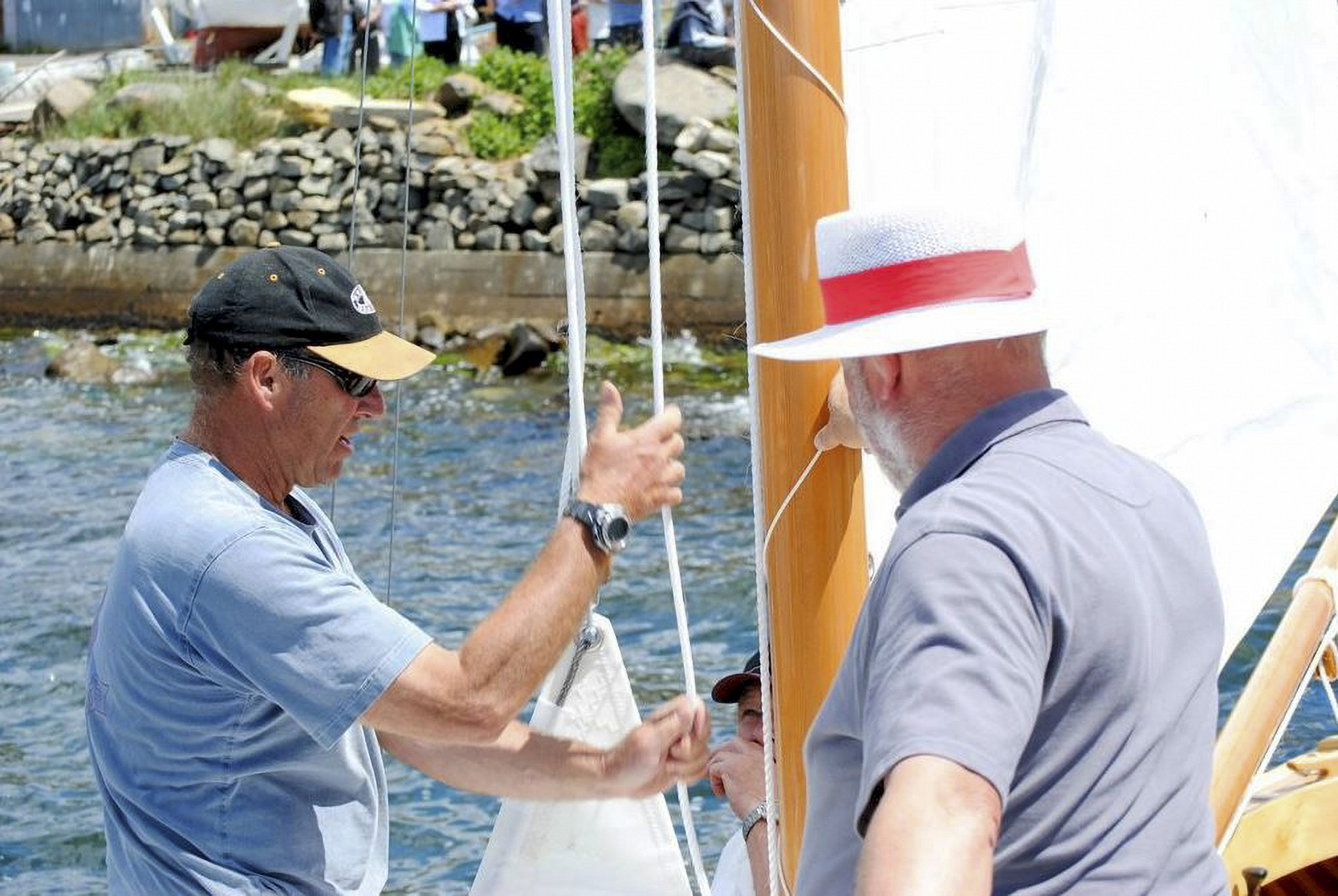 Darce came about because respected boatbuilder Bruce Darcey was looking for a new challenge after his retirement from Robert Clifford’s shipbuilding site ‘Incat’ at Derwent Park, north of Hobart central. Another retired friend Peter Fuglsang had a large quantity of quality Tasmanian timber and Robert ‘foolishly’ thought it was a good idea to build a Couta Boat, so this trio became a partnership.

Her Build:
In 2010, the three would-be custodians set about building the vessel in Bruce Darcey’s back shed in Snug, southern Tasmania. As the shed was not 26 foot long, Bruce decided that 24 foot was the best he could do. The timbers used were all Tasmanian but the spars are made from Douglas Fir; the backbone and ribs of the boat are Celery Top Pine; the transom is a single piece of Huon Pine, as are the coamings and thwarts; the planking of hull and decks is the very light King Billy Pine and the deck beams are Tasmanian Oak.

The design was drawn in the Incat drawing office by Gordon Stewart. Gordon followed as much as possible the traditional Victorian Couta Boats. However, it should be recognised that he was influenced by local Tasmanian vessels from the past. After fitting the sheer planks, Bruce found it difficult to climb out of the planked hull. It was soon apparent that he was very unwell and he was taken into care and never returned to see his work completed. He died on the 6th February 2011. Vale Bruce.

The remaining owners moved the ‘little ship’ to Incat’s fit-out workshop, where Bruce’s former workmates completed the vessel as a tribute to their old boss. It is true to say they finished the vessel more like a high class pleasure yacht than as a working fishing boat.

So Robert Clifford became the sole carer of the boat and is supported by Bruce’s wife, Sadie Darcey and Peter’s wife, Vivien Fuglsang. Darce is today sitting on Robert’s slip at Battery Point, Hobart. Incidentally, the slip where the vessel lies once used to keep the 21 foot Tassie Too restricted class yacht which was owned by the Royal Yacht Club of Tasmania many years ago.

Darce appeared at the Australian Wooden Boat Festival, Tasmania for the first time in 2011 as hull only, before she was completed at Incat. Two years later, she appeared as a dry exhibit and also as one of the on-water exhibits.

Today, in 2021, Robert and his crew sail Darce occasionally in races and with some success, winning a trophy at the Cygnet Regatta a few years prior. However, time has not permitted regular sailing. And so Robert muses: