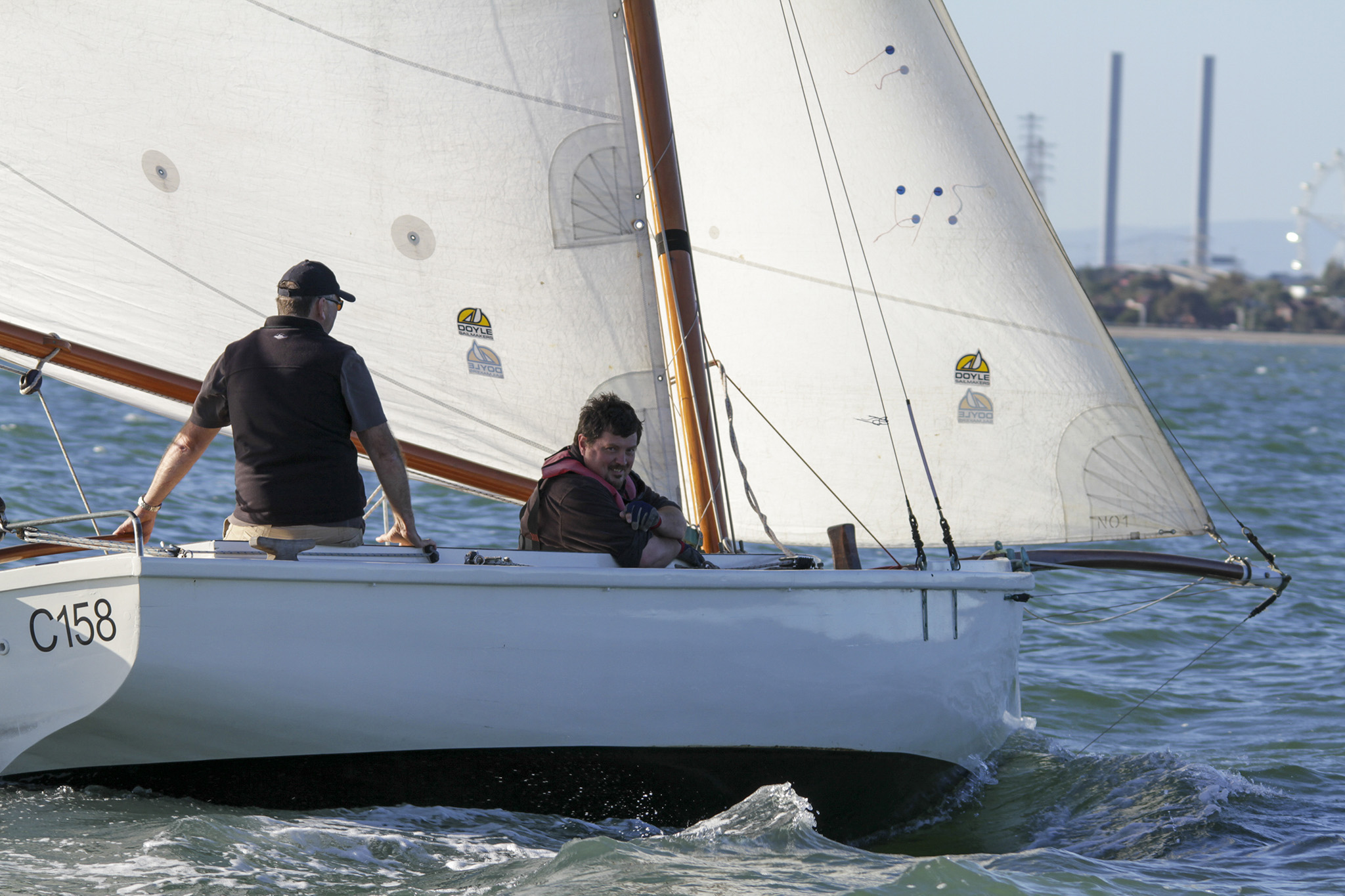 Custodian: Danny Milton; Unknown – 2005
Purchased by the current custodian Richard Macrae from Danny Milton in 2005, she was at Corinella on Western Port, Victoria; she was nameless and sold as being built by Cayzer Boats in Queenscliff, circa 1950. However, a number of people in the know, including Greg Blunt and Dugga Beazley, believe that her lines are more consistent with those of boats out of the Higgs Brothers’ boatyard at Western Beach, Geelong from between 1945 and 1950. Recently, the original line drawings have been located and are being sought by Richard. These should validate her build.

Following the end of World War II, the Australian government, keen to stimulate industry, issued contracts for the building of fishing boats. Noel and Ted Higgs built many of these mass produced boats which were either 22 foot or 24 foot in length. These were delivered all around the coast.

Custodian: Richard Macrae; 2005 – Present
When Richard Macrae purchased the boat, what was evident was the lifting hook, now removed, through the sternpost, which was a feature of boats that fished out of Lorne on the south coast of Victoria. Due to the direct exposure to Bass Strait and its unprotected harbour, when not fishing, the smaller boats were hoisted from the water by cranes and stored on the old pier for safe keeping overnight, to be returned to the water the next day.

Lorne boats were generally shorter than Queenscliff boats due to the storage requirement, but were generally of quite large beam in order to carry large payloads of fish.

The previous custodian had spent a significant time restoring the boat, and had many ribs and planks replaced as well as the installation of a new Queensland Beech deck by Pompeii’s yard in Mordialloc.

In Richard’s time, Moonah has undergone further restoration, with much work undertaken by Graeme Geary Marine and C Blunt Boatbuilder in Williamstown, Melbourne. This work included the addition of a centre-plate and case; the shifting of the engine aft; the addition of extra lead ballast and the replacement of a small tabernacle mounted rig with a new, larger keel-stepped mast.

The boat was initially given the name Claire by Richard but has subsequently been changed to Moonah, after the once abundant, now threatened ancient Moonah trees indigenous to the coastal regions of southern Victoria, including the Mornington Peninsula where Richard grew up. These trees, often contorted by the strong winds, are a nice analogue to the Couta fishing boat.

Moonah regularly sails with the Classic Yacht Association of Australia fleet in Melbourne. As a small beamy Couta Boat, she struggles a little against some of the more polished classic yachts, but on her day, and against other similar boats, she is quite competitive. Fortunately, this racing is handicap based, and against this she performs well.

Moonah is moored at the Royal Yacht Club of Victoria in Williamstown, Port Phillip, Victoria.