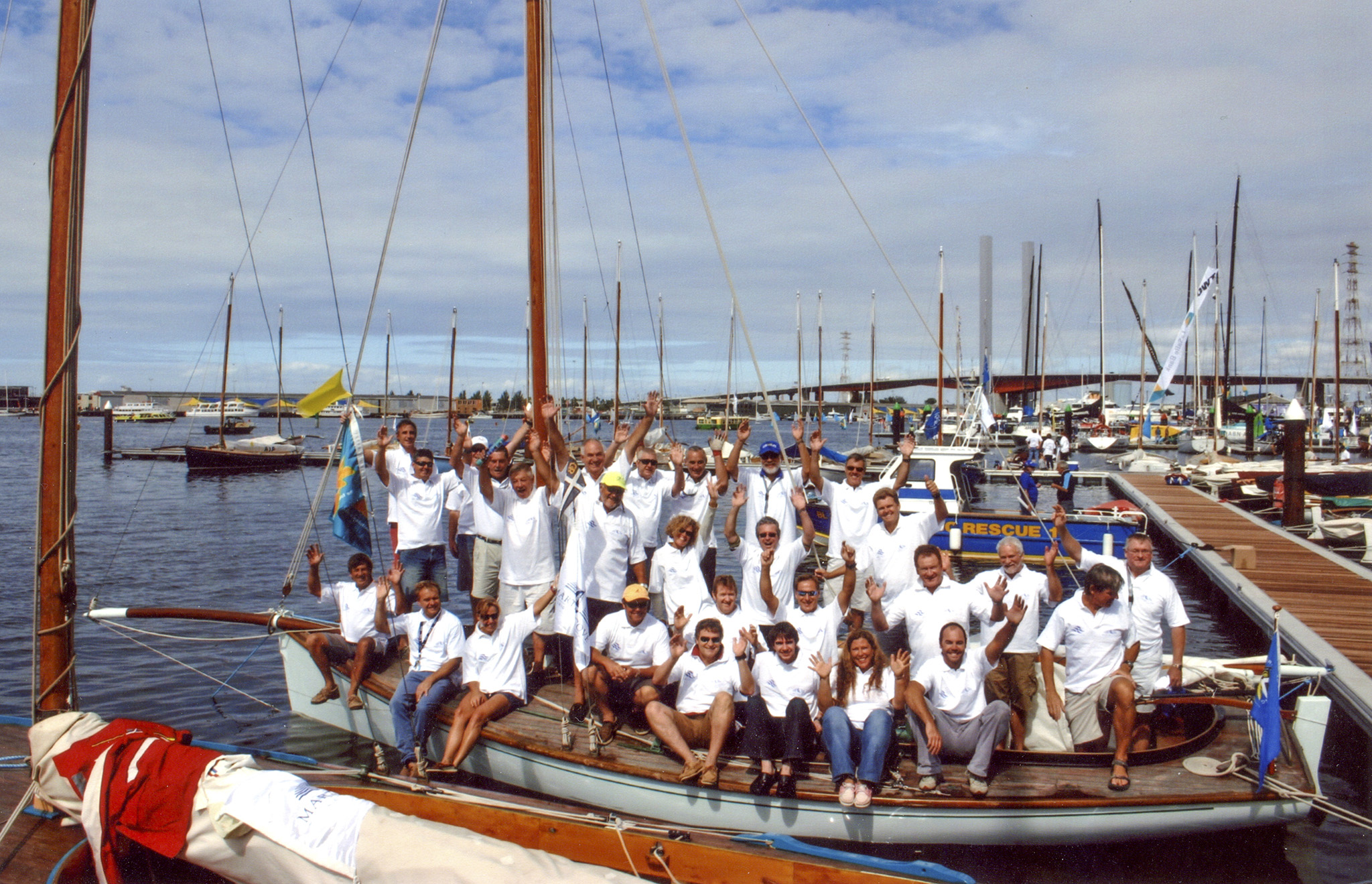 Early Years
Camilla Rose was built in 2001 at the Wooden Boat Shop (WBS), Sorrento. She was the 28th Couta Boat built at the WBS and took some 1,500 hours to construct. Traditionally and beautifully built to the standard length of 26 foot 6 inches, she is constructed of Huon Pine planking, Celery Top Pine ribs, and fastened with copper nails and copper rivets. Her hull is caulked with fitted planks, so she is as secure as a barrel and does not leak.

Custodian: Alan Luxmore; 2001 – Unknown
She was originally commissioned for Alan Luxmore and named after Alan’s daughter who was born in 1992.

Custodian: Jonathon Dixon; Unknown – 2008
Camilla Rose was purchased by Jonathon Dixon, and then later sold to Jeffrey Richardson in 2008.

Custodian: Glen Fitzgerald; 2009 – Present
In 2009, she was sold to Glenn Fitzgerald after he sold his Christine C128.

Since Glenn has been her custodian, Camilla Rose has been meticulously maintained and thoroughly overhauled every year, the work being undertaken by both the WBS and Corsair Boats; she is one of the most comprehensively maintained and loved Couta Boats in the fleet.

Actively campaigned each season with a fleet of Couta Boats at Mornington Yacht Club, Camilla Rose frequently makes the journey to Sorrento to race. She has participated in the annual KPMG Couta Boat Classic since 2009; one of the landmark events at Sorrento Sailing Couta Boat Club.

Camilla Rose has also braved the arduous sail, often five hours or more, from Sorrento to Williamstown as a frequent campaigner in the Classic Yacht Association of Australia regattas and the Cup Regatta off the waters of Williamstown, hosted by the Royal Yacht Club of Victoria since 2011.

Camilla Rose will be continually sailed, enjoyed and no doubt passed on through the generations and well into the future.