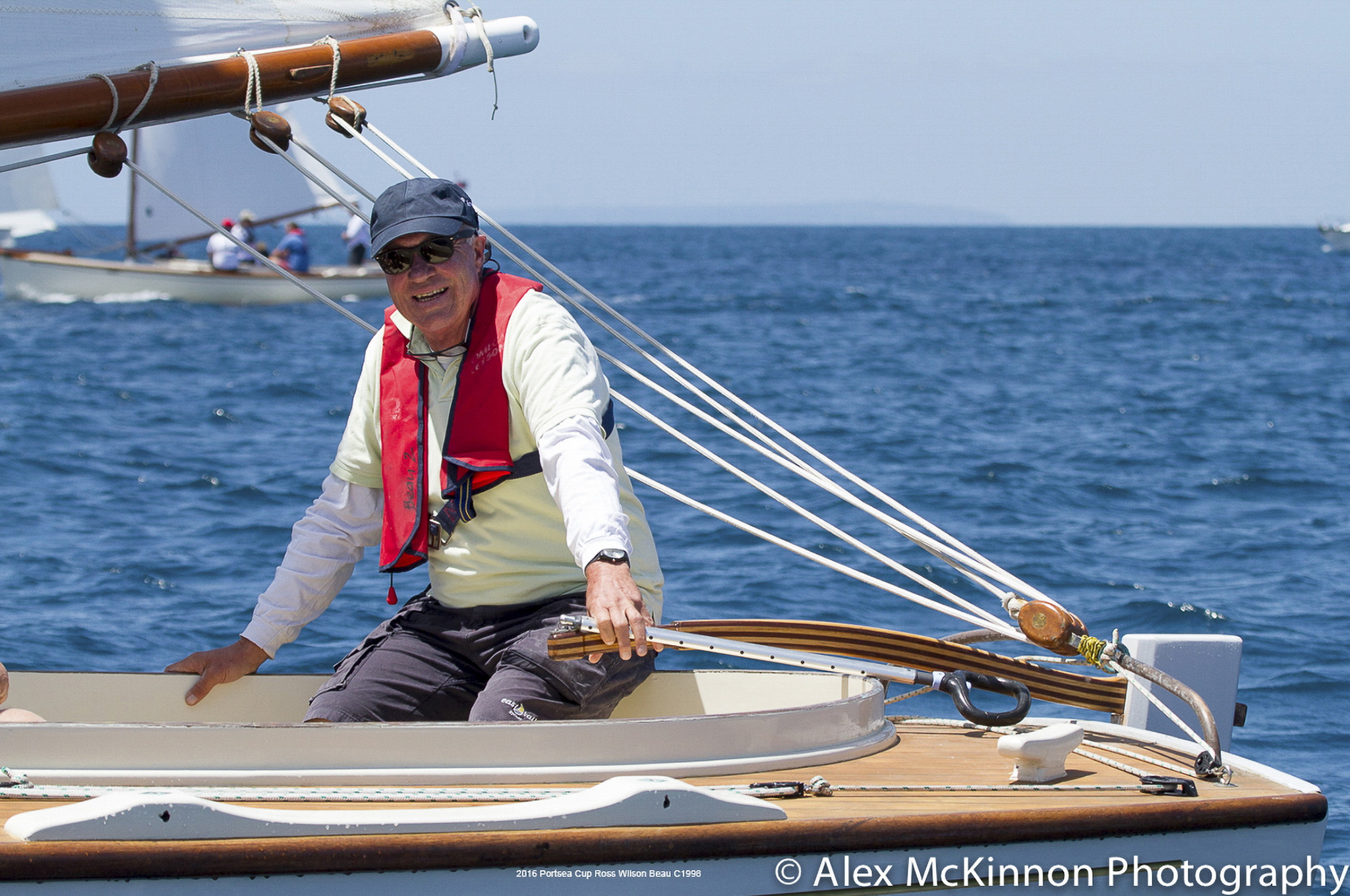 Custodian: Ross Wilson; 1998 – 2019
Beau was built in 1998 by Tim Phillips at the Wooden Boat Shop (WBS), Sorrento, Victoria. She was commissioned by Ross Wilson. The Wilson sons helped the WBS employees to build the boat.

Beau is named after Ross Wilson’s father. Beau, his nickname, was an avid fisherman and close friend of the Pompei brothers in Mordialloc. Ross observes:

He always kept his fishing boats in Mordialloc Creek. He had far more fishing success in his many boats than we had in Beau.

In 1998, the year in which she was built, Beau competed in the first KPMG ‘Couta Boat Classic’ race at the Sorrento Sailing Couta Boat Club (SSCBC). This annual event brings together clients of KPMG and SSCBC Couta Boat owners and crew; the highlight of the day being the scheduled race in which the clients are given an opportunity to test their nautical skills on the water. The forthcoming donation from that first KPMG Classic was used to renovate the toilets in the old SSCBC Clubhouse. Ross was instrumental in the development and launch of this most significant regatta.

Beau’s design was based on the original Wagtail C86. She was a great all-round boat enjoyed by the family for a day on the water or a race around the buoys. According to Ross, she had marginal racing success but he always had a fun day out with a regular core crew including her builder Mark Abbott and long-term SSC and SSCBC sailor, Maree Wilson.

Beau did win the KPMG Couta Boat Classic on one occasion:

We had John Bertrand on board as tactician and to this day I am sure we were over on the start, but John assured me that was not the case. Who was I to argue with an America’s Cup skipper?

Custodian: Nick Dorman; 2019 – Present
In 2019, following some encouragement and a shove from former Club Commodore Andrew Plympton, Beau was purchased by Nick Dorman who along with David Beck, undertook a bunch of work to update the boat for racing.

Ross knew that the new custodians would look after her as she has been since the day she was launched in 1998.

From the start, this was about getting together with some mates who weren’t sailors and lacked any prior sailing experience, and getting out on the water for a bit of fun and hopefully with time we could be competitive with the rest of the fleet. Winning the Victorian State Championships in year one was a real buzz, and I think each week we held our own on the deck for a drink and a bit of banter after racing.