Colleen, now Paris C55,  built by Jeff Severn just after the war, about 1946 when materials were in short supply, self designed Jeff Severn had Jack Savage check the plan for him, also showed the plan to Jack Norling as they were Western port people.  Colleen was not fitted with a jibboon.,

Colleen was purchased Marcus Burke about 1977/8 I [Tim Phillips] found her for them, she was on a mooring at Hastings and the Burke’s purchased her from Bibby at Hastings. He is the brother of Ron Bibby the boatbuilder who did some work on our H28 Matalita in the late 1960’s.  He still comes into the Wooden Boatshop from time to time.

I came around with them to Port Phillip as they had no ocean experience at the time.  Saw the Victory out that day, I was sleeping under the deck and Peter said take a look at this, the Victory, she had a fishing party on board, out near Philip is.

Tim: “Beat me in the Portsea cup, then the Gaff Rig race, about 1979 when Pat Hutchins sailed her to victory over me in the Helen, still can’t believe it. Blew quite hard that day.” 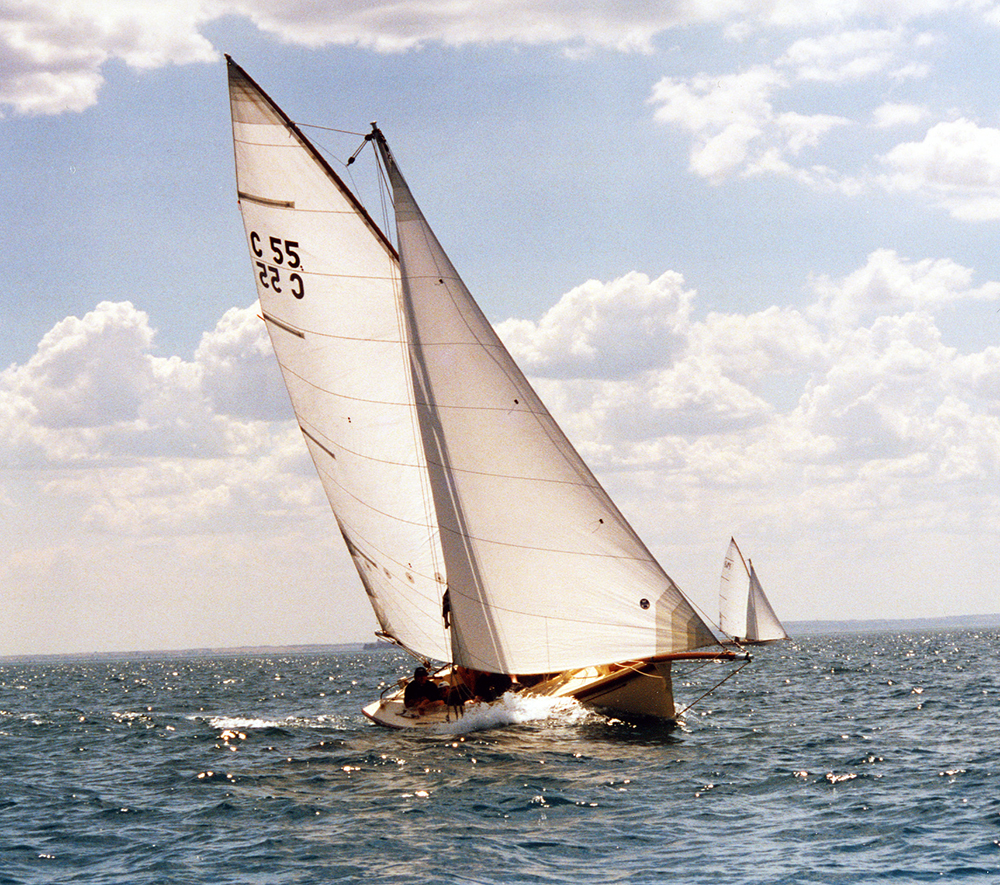