Locke purchased Mitch Lacco’s business in Queenscliff when the Lacco’s moved back to Rosebud. Rita was built at Queenscliff for Billy Chidgey who used her for Couta and Cray fishing from Queenscliff to Torquay. Later used in SA off Robe, Port McDonald and Kingston. Found in 1979 laid up in a backyard in Kingston, SA where she had lain for seven years. Restored for Denis Wilkins by Port Melbourne boat builder Charlie Strong. Hull is of Kauri. She was redecked in Celery top pine and the Kelvin petrol engine was replaced by a modern diesel. 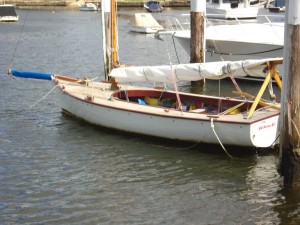 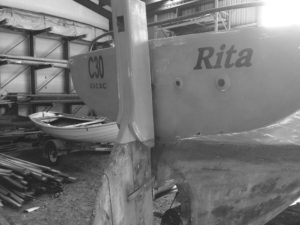