Mark Liemant had the Wooden Boatshop build “The Sisters” modelled on Zephyr C2006 as he liked the look of Zephyr.
Indeed as The Sisters was being built the Zephyr crew often found boat builders boot prints on Zephyr’s decks (while she was in the WBS yard) as the builders must have been measuring up bits and pieces of Zephyr to translate to The Sisters.
Mark had never been a sailor and planned to use The Sisters as a fishing boat however as Sam Phillips and various crews helped Mark race The Sisters he caught the racing bug and the comraderie on the race days.
Still not a comfortable sailor Mark decided to trade the Couta boat for a new Wooden Boatshop motor launch.

Howard Critchley bought and renamed her “The Barra” and as he and crew are capable sailors will give the 2016/17 fleet a run for their money. 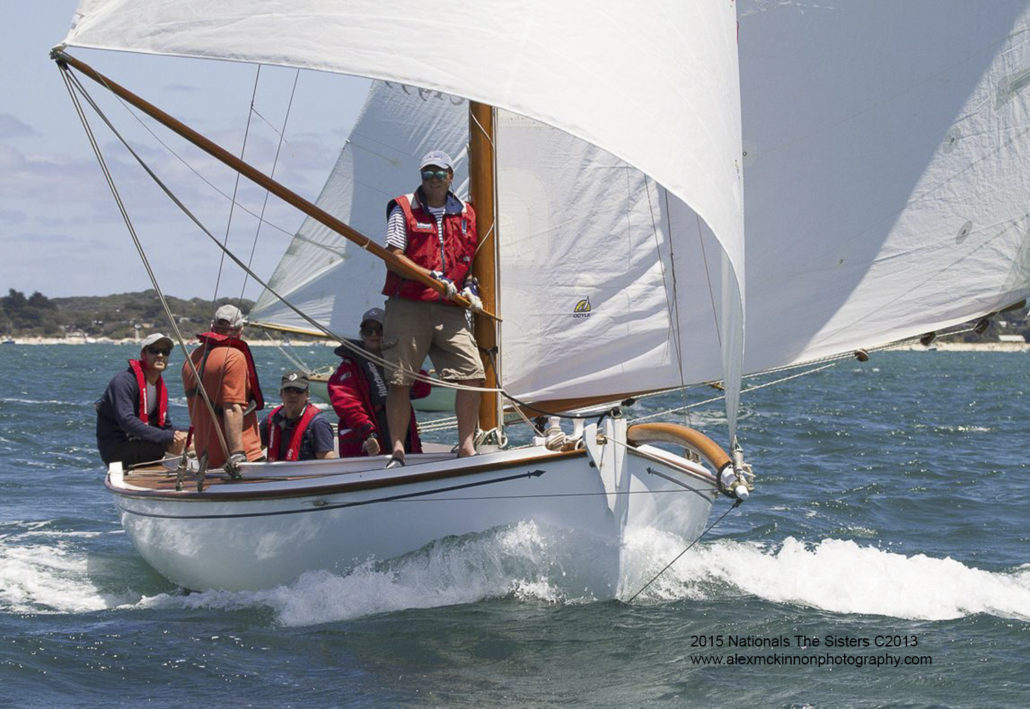 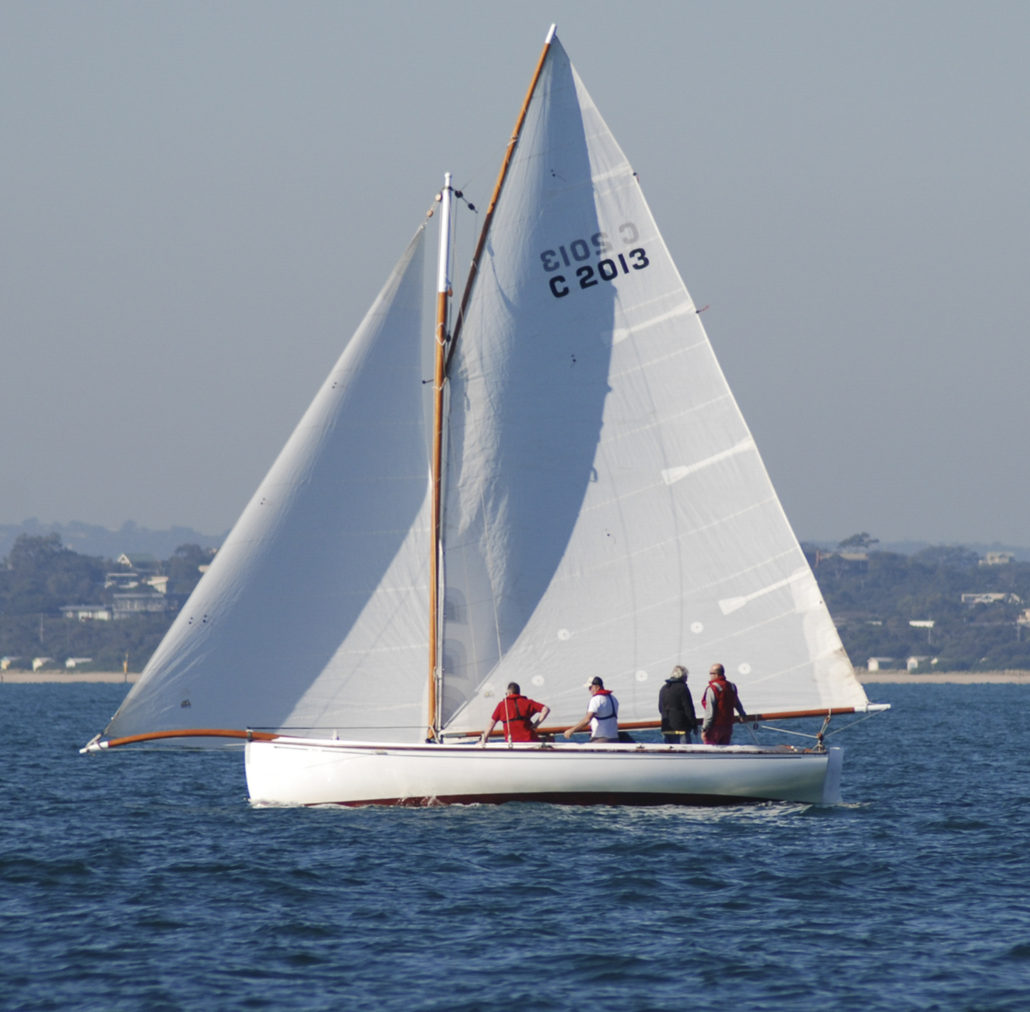 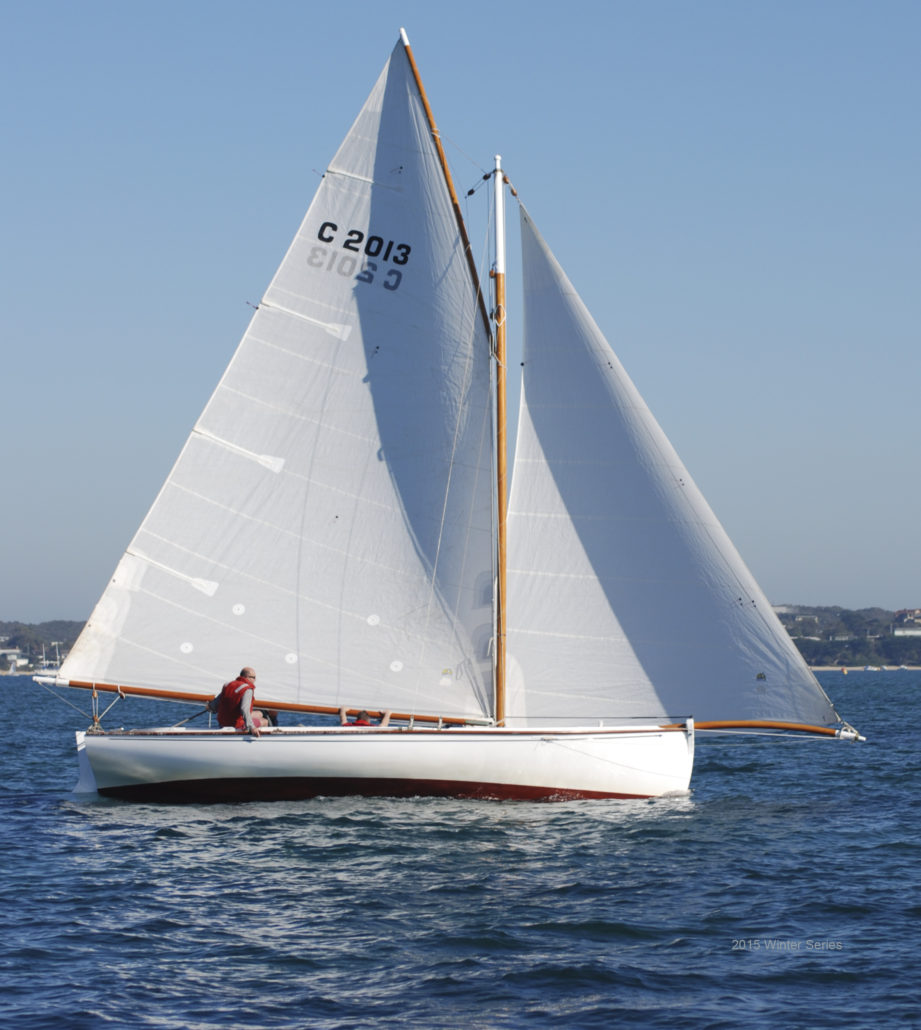 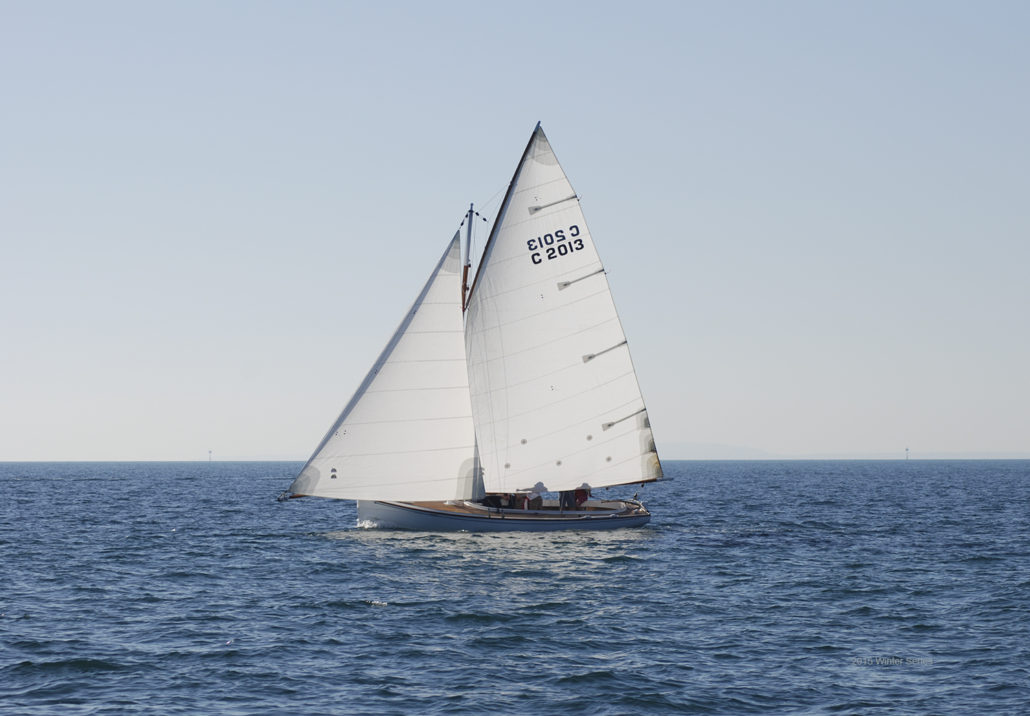 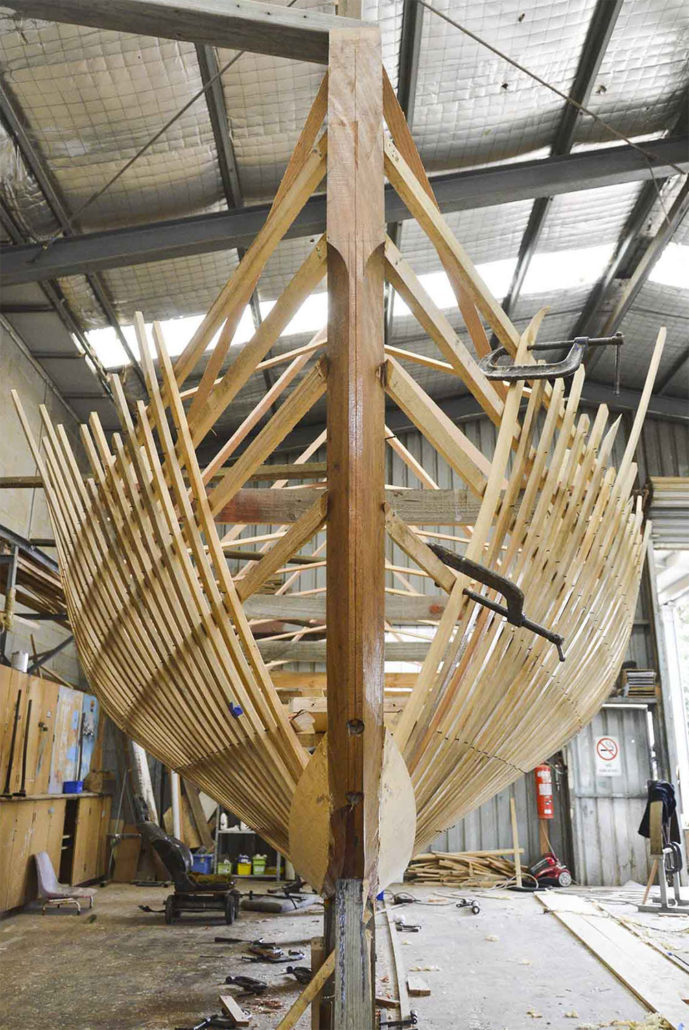