Launched on the 7th September 1935 for Joe Burto and registered as a schnapper and long line fishing boat operated by Joe out of Sandringham Vic.
Joe was from Port Melbourne.
Morning Star was sold to David Dawes in the early 1950s.

The following is from a 2018 SSCBC “e-Tidings” article:
“Local fishing identity Davey Dawes told me about Morning Star. “I bought the Morning Star from Joe Bertotto in the early 1950s. Old Joe was a whiting fisherman out of Sandringham, where he’d fish as far as St Leonards and Port Arlington.
I paid 3000 pounds for her, which was a lot of money in those days, but she was in beautiful condition, built by Peter Locke and Moari Jack to replace the first Morning Star, which was wrecked at Brighton by the storms of 1933. She had a poor old red wing engine, loads of ballast and a great big tall mast. She was a magnificent sailor…
I still have her center board propping up my retaining wall in the garden.” Davey kept her for about five years using her for scale fishing.
Tim’s original letter from Peter Locke states that a 24’ Couta boat was launched for a Mr Bertotto on the 7/9/35″

In 1956 (see the newspaper cutting in the Photo section) Morning Star was used to catch a man eating shark.
David was a professional Sorrento fisherman based at “The Docks”
Fully restored 1982 at the Wooden Boatshop.
Before Rob Tucker Morning Star was owned by a syndicate with: Rick Aitchison/Crook/Hatherley/Pearson and later by Michael Muir.

In 2012 Peter Locke’s (builder of Morning Star) daughter, in her 80’s, and grandaughter’s husband and grandson visited Sorrento and went sailing on Morning Star high with emotions.

“By chance I happened upon an article in AFLOAT February 2017. about Couta Boats and the “Morning Star” was mentioned. I was borne in Sandringham in 1935 and spent all my years until my early 20’s there. I fished off the Sandringham / Hampton pier for years catching whiting, garfish and roughies. It was about 10 foot of clear water there full of grassbeds until the breakwall built caused unbelievable siltation of the place. In any event there were two couta boats in the harbour one the “Morning Star” and the other the “Evening Star”. The Evening Star lay at anchor for many years but the Morning Star which was owned by “old’ Joe Bertotto was out on the water always – sailed single handed by him to troll around the annonyma bouy for pike. The bouy was exactly one mile off Picnic Point [I was a member of the SYC sailing VJ’s].
Both boats were painted exactly the same – green with orange/brown deck and inner hull. The sail was red/brown.
The Bertottos , who were friends of mine, lived in Georgiana street not far from the harbour.
I thought this may be of interest.
Mick Balzary”

Morning Star is a beautifully fast boat and has won many racing events including the 2015 Nationals. 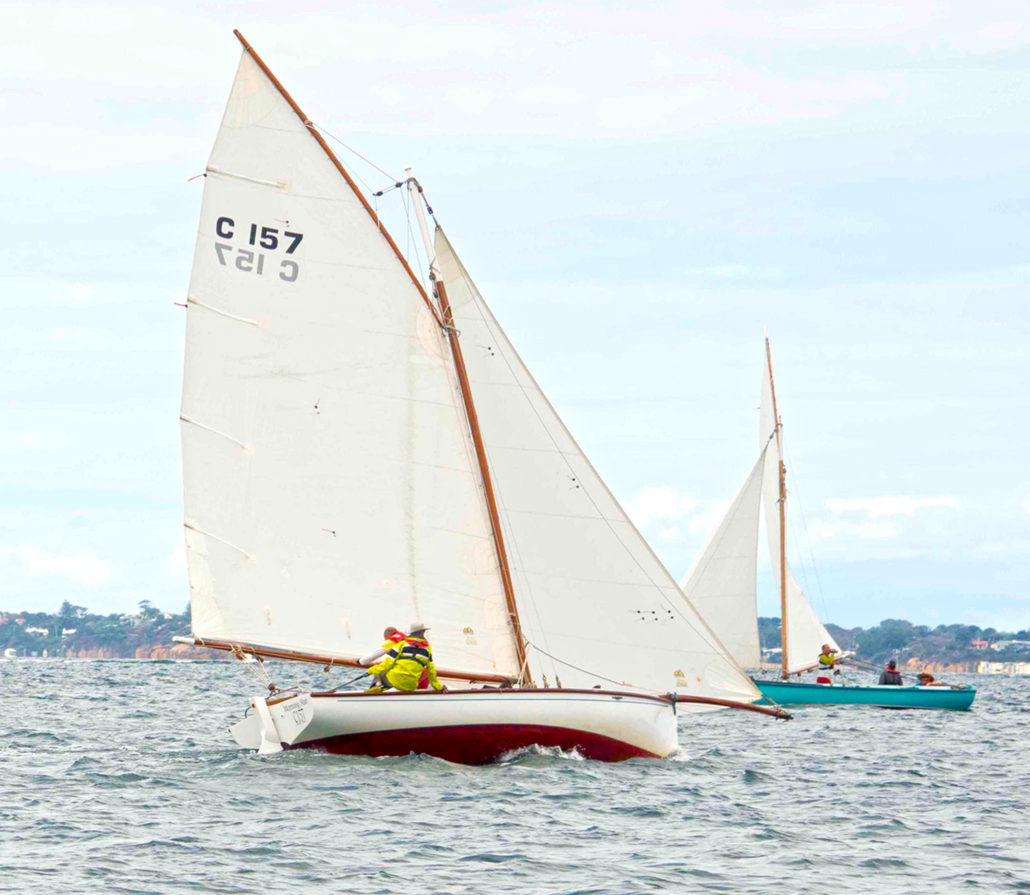 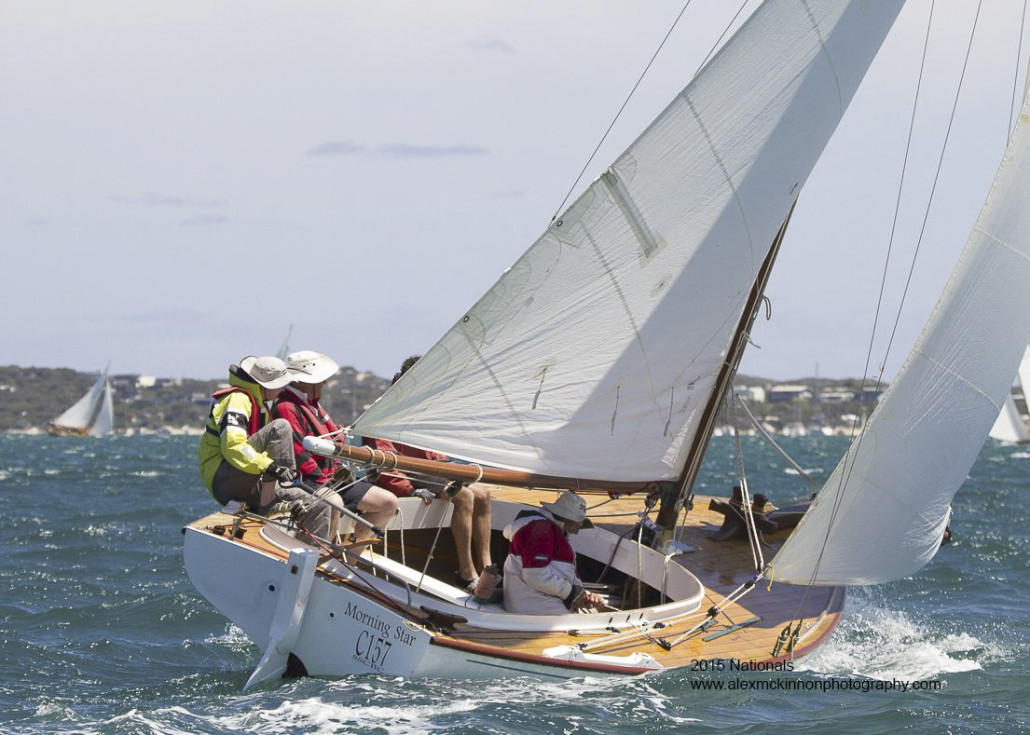 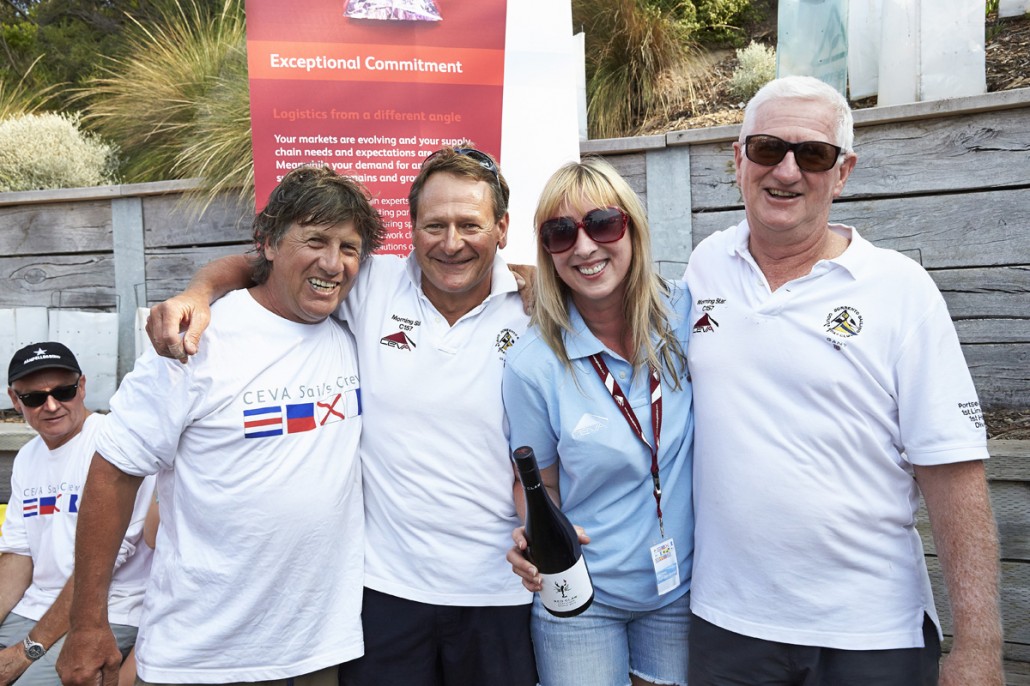